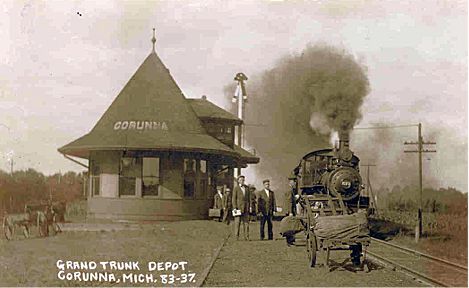 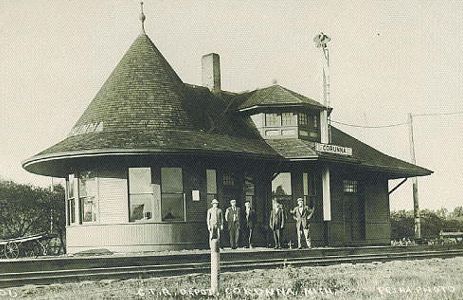 Corunna is located abut three miles east of downtown Owosso, and was served by both the Grand Trunk Western and Ann Arbor railroads.

The depot here was of a "witches hat" design, similar to GTW depots in South Lyon and Saranac.