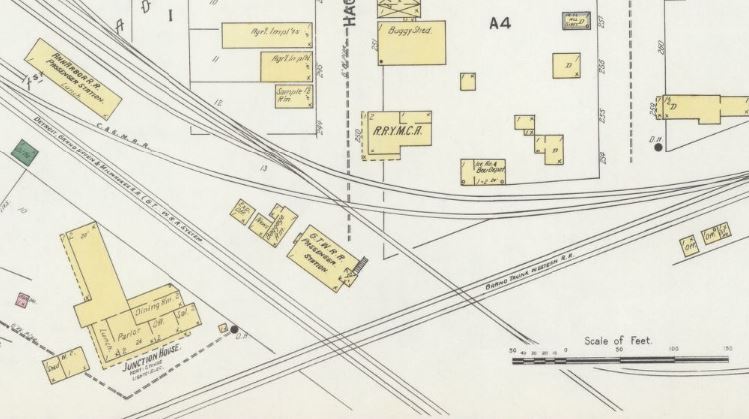 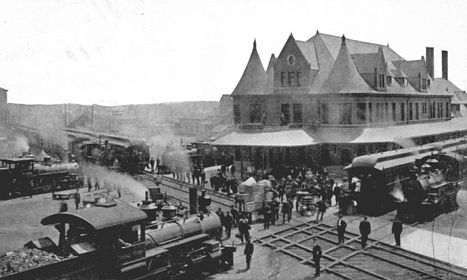 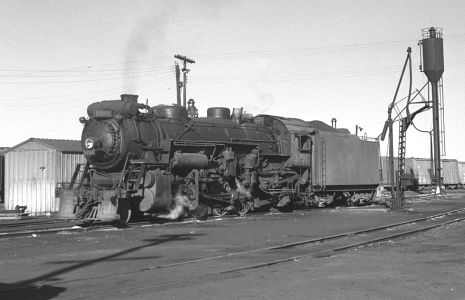 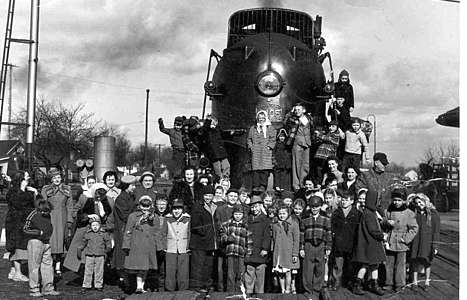 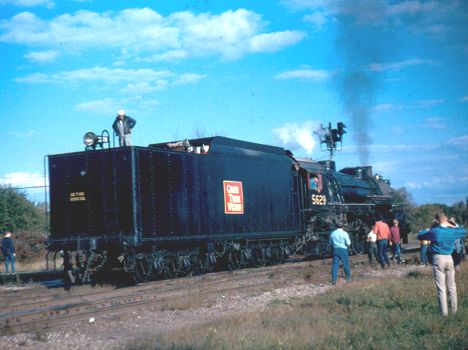 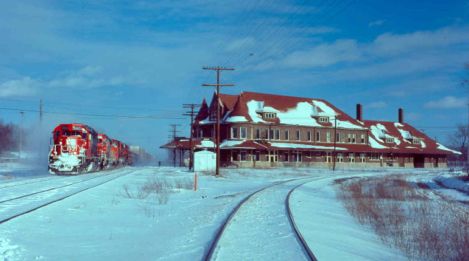 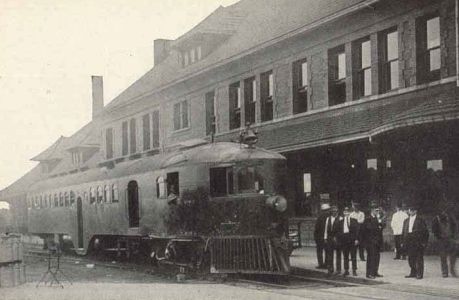 Durand is and was a major railroad town for the Grand Trunk Western. Their Detroit to Muskegon (former Detroit & Milwaukee railroad) crossed their Port Huron to Chicago main line here. The north-south Ann Arbor railroad also crossed both GTW lines here near the depot. Both roads used the Union Station (see photo at left) which is one of the most photographed railroad stations in the history of railroading.

Photo Info/Credit: Top, a view from a Sanborn insurance map in 1901, prior to the building of the new depot. At this time, the depot was northwest of the crossing between the  Detroit & Milwaukee and the Toledo, Ann Arbor and North Michigan railroads. 2nd, an early view of Durand Union Station with six trains at the crossing. 3rd photo, GTW 3750 at the Durand engine service facility in 1958. [Doug Leffler] 4th photo, GTW 6405 at Durand in the last 1930's. [Charlie Whipp collection]. 5th photo, GTW 5926 at Durand with a railroad fan trip. [Dennis Schmidt], 6th  photo, an Ann Arbor Railroad motor car passenger train stops at the depot. Note that the AA track is on the east side of the depot at this time. [AL]. 7th photo, the Durand Depot with a passing CN freight train in 2002. [Charlie Whipp], 8th photo GTW 5632 heads northbound on the Ann Arbor line at Durand in 1951. [Cecil Hommerding photo, Doug Leffler collection]

1917. The AARR had a station operator here around the clock. [TRT]

The GTW at Durand had a water tower. [GTWHS-Cal/89] 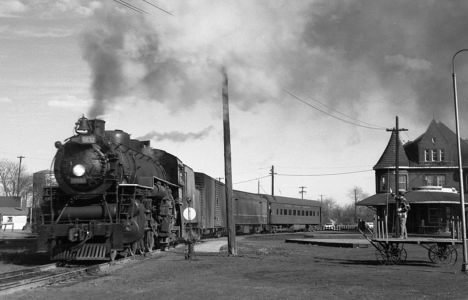