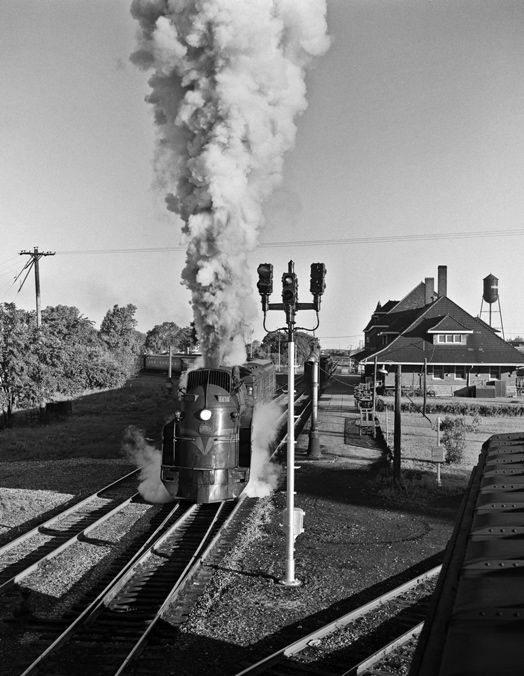 Later, the Ann Arbor line was shortened and it joined the GTW at Pitt, about four miles south of Durand at an interlocked junction operated by the GTW dispatcher.

Photo Info/Credit: Top, A southbound passenger train has left the Durand station on the Holly subdivision, and is about to cross the diamong at Emergency. 2nd photo, Penn Central 6216 leads a northbound coal train on the former Ann Arbor railroad, crossing the GTW Holly subdivision just south of the Durand Depot. 1972. [Charlie Whipp]