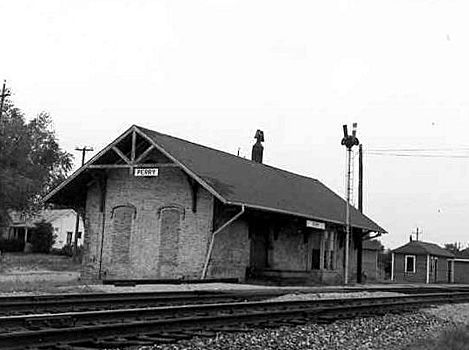 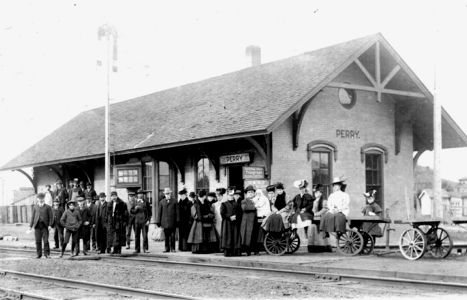 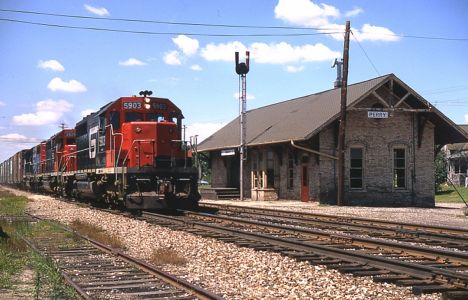 Perry was settled about 1850 and known for a time as Perry Center.. The Grand Trunk Western main line came through here in 1876. The town moved one mile south from its original location to be closer to the railroad. Perry became a village in 1893.

Photo Info/Credit: Top the GTW depot at Perry. [Charlie Whipp collection]. 2nd photo, another view of the depot with a crowd assembled. As noted in this photo, this station had a short-lived train control box which sticks out from the depot near the train order signal. This box was backlighted and had room for 8 digits, used by the operator to indicate the time of departure for a previous train. It was meant for the train crew, not waiting passengers. Boxes like this were used on a number of Michigan railroads for a short period of time. [Mark Worrall collection]. 3rd photo, GTW 5903 passes the Perry depot in the 1970's. [Doug Leffler]

1918. The Grand Trunk had an agent here during the day, as well as a day operator. [TRT]