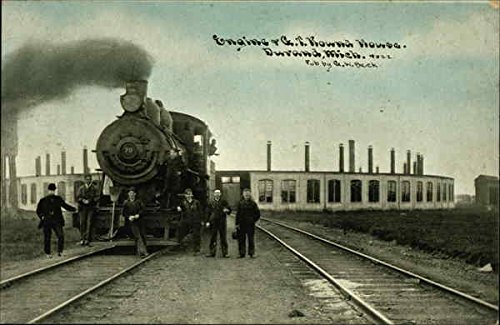 The GTW had a large roundhouse in Durand to support two main lines and branches to Muskegon and Bay City. The roundhouse had a 85' electrically operated turntable at Durand, MI, in addition to a roundhouse and a large concrete coaling facility which still exists but is inoperative. The railroad also had a large freight yard here and it was a major interchange yard for their lines in five different directions which centered here.

Photo Info/Credit: A yard locomotive and crew pauses for a photo at the roundhouse.