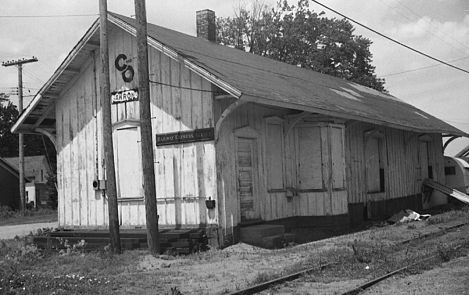 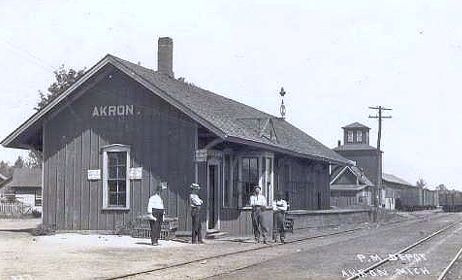 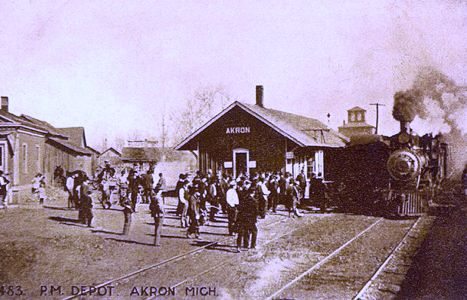 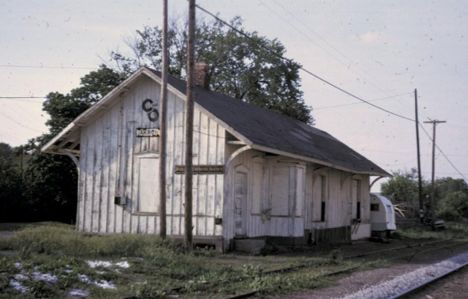 Akron was settled in northwest Tuscola County about 1854. It became a station on the Saginaw, Tuscola & Huron railroad when it came through in 1882. The town was incorporated as a village in 1910. [MPN]

Akron was the crossing of the north-south Pere Marquette (later C&O/CSX/HE) line from Saginaw to Bad Axe, and the Detroit, Bay City & Western line from Bay City south to Port Huron.

Photo Info/Credit: The C&O depot at Akron i 1975. [Ron Hageimister/Jim Slater collectio]. 2nd photo, the depot at Akron in better times. 3rd photo, another view of the depot with an arriving train. [Both, Alan Loftis collection]. 4th photo, a 1972 view. [Charles Geletzke Jr.]