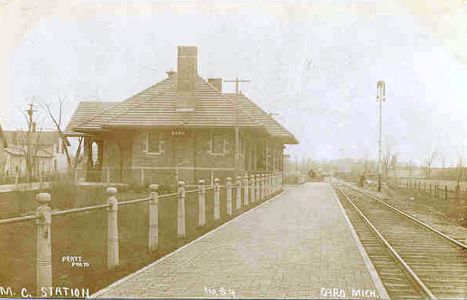 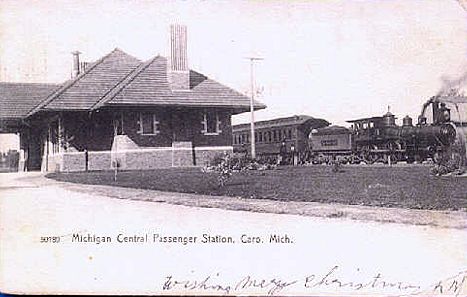 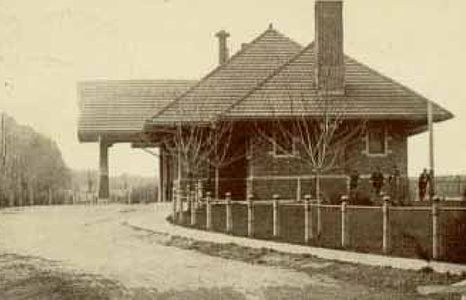 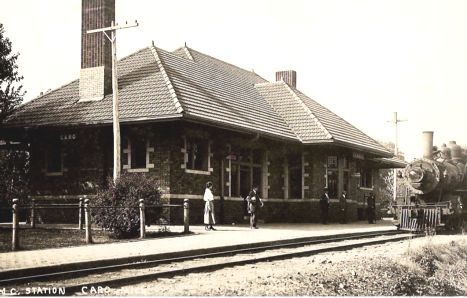 Caro is located in central Tuscola County. It was settled in 1847 and became a village in 1871. [MPN]

Caro was served by the Michigan Central branch to Bad Axe which left their main line northeast from Vassar. The town was also served by the Detroit, Bay City & Western railroad which crossed the MC here.

Photo Info/Credit: Top, a trackside view of the MC station in Caro. For what would be a minor branch line, the brick and stone construction of this depot was significant. 2nd, 3rd and 4th photos, other views of the depot in the early 1900's. [Alan Loftis collection]. 5th photo, Detroit Bay city & Western train No. 1 at Caro. [Mark Worrall collection]