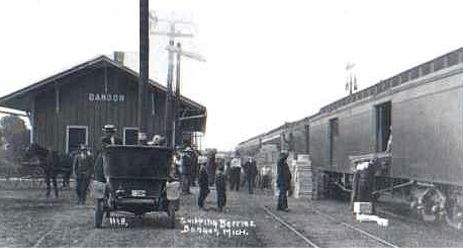 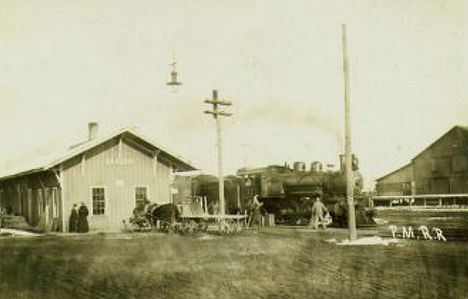 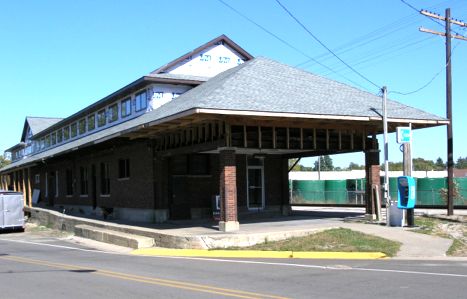 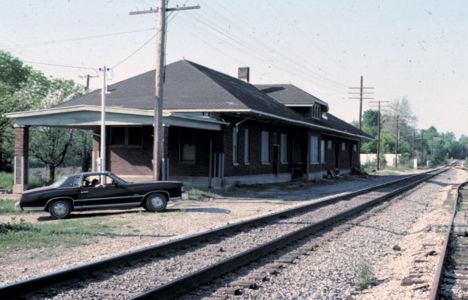 Photo info/credit: Top, the Pere Marquette depot at Bangor with a loading passenger train. 2nd photo, another view of the depot with a steam locomotive passing in front. 3rd photo, a PM freight loads in the yard at Bangor. This was in the heyday of "LCL" (less than carload freight). [All three, Alan Loftis collection]. 4th photo, a 2005 view of the Bangor depot which is being restored. [Nathan Ratzlaff]. 5th photo, the depot now under C&O ownership in May, 1977. [Charles Geletzke Jr.]

1924 - Before the Michigan Public Utilities Commission

This matter having been brought on to be heard upon the complaint filed herein on January 26, 1924, alleging that for ten years last past the railroad company has failed and neglected to provide and maintain reasonably adequate service and facilities for passengers and property, adequate depot and depot buildings and facilities for handling freight, passengers and baggage for the accommodation of its patrons and passengers, and clean well-lighted and warm waiting rooms and toilets for the accommodation of its patrons,

Now, THEREFORE, IT is HEREBY ORDERED by the Michigan Public Utili ties Commission, that said Pere Marquette Railway be and it is hereby directed to make and present to the Commission suitable plans for a depot station and waiting room in the village of Bangor, and that said plans and specifications be made and presented to this Commission not later than July 15, 1924.