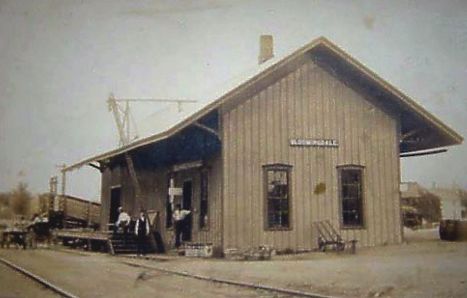 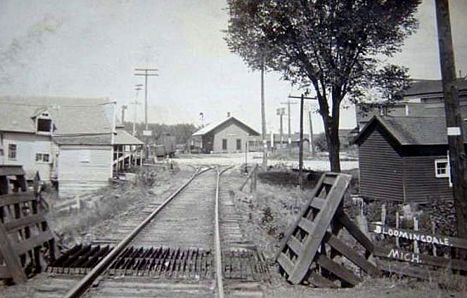 Bloomingdale was settled about 1855 in north central Van Buren County. The Kalamazoo & South Haven railroad came through about 1870 and established a station here. The town became a village in 1881. [MPN]

Photo info: Top, the MC depot at Bloomingdale. 2nd photo another photo of the depot from a distance which provides a good view of a cattle guard. Cattle guards were used in conjunction with fences to stop cattle from entering areas of the town, or the railroad right of way itself. [Both, Alan Loftis collection]. 3rd photo, another view of the depot with a waiting passenger train.