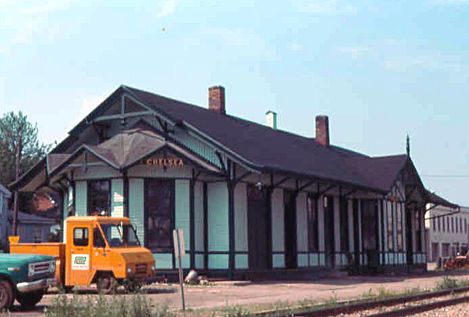 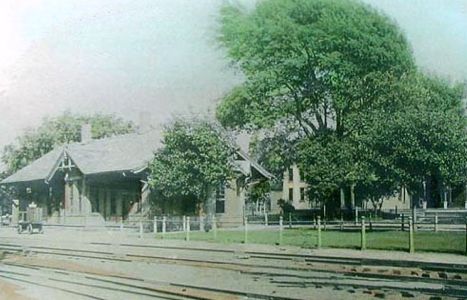 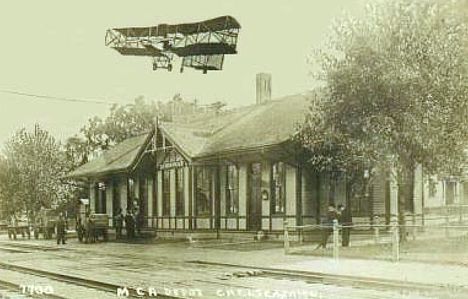 Photo info/credit: Top, the Michigan Central depot in Chelsea. This depot was built in 1880 and used by a station agent until the late 1960's. This photo is from 1975. [Charlie Whipp]. 2nd photo, another postcard view of the depot and park. 3rd photo, a sign of the times to come. An experimental bi-plane purported to fly over the Chelsea depot. This was likely a creation in the photographer's darkroom, rather than an actual photo. [Both, Alan Loftis collection].

1917, The MC had a operator-clerk here around-the-clock. They also had a dedicated freight agent. [TRT]

1920 - On the Michigan Central, this is a passenger, freight and express agency joint with the American Railway Express Company. Interline tickets are issued. E. D. Brown is the agent. The telegraph call sign is "CS". [MCOAS]