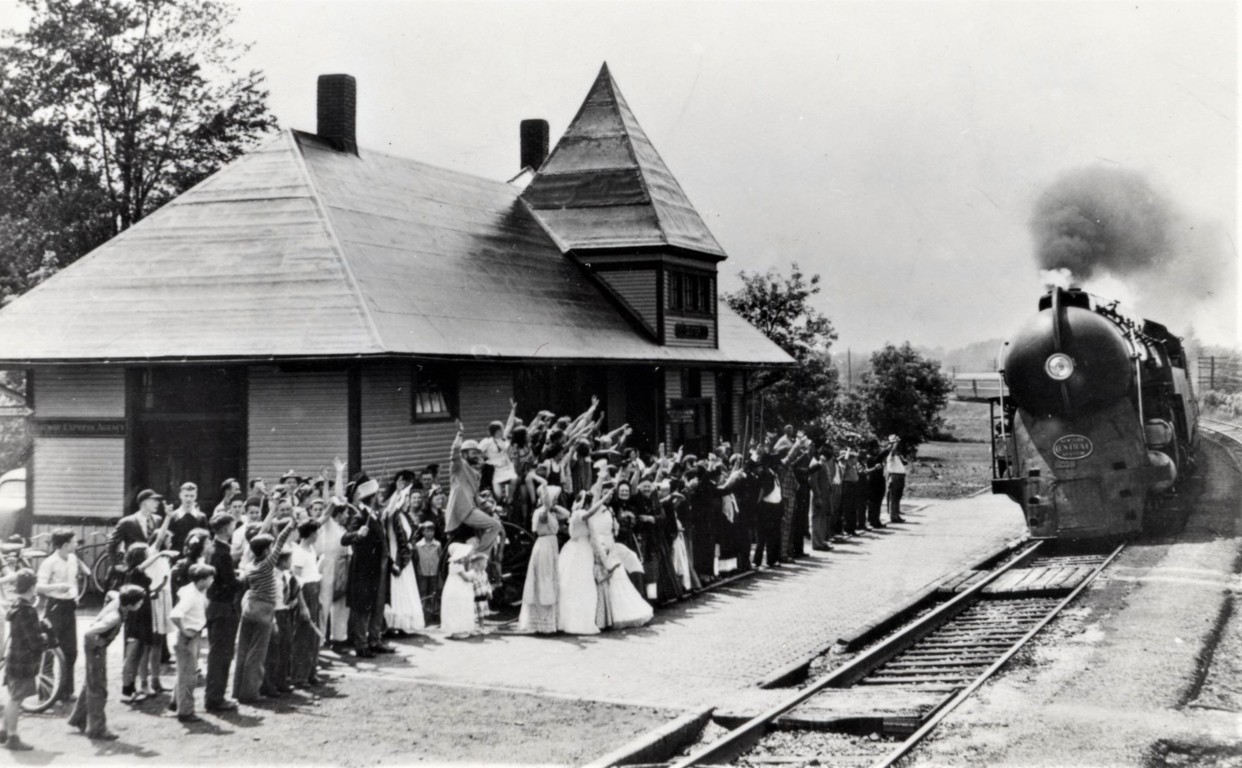 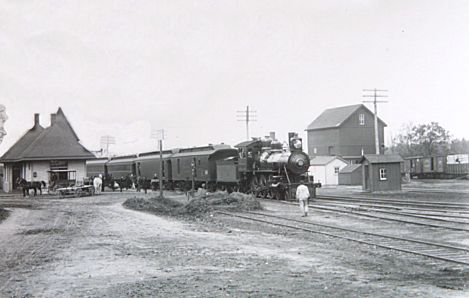 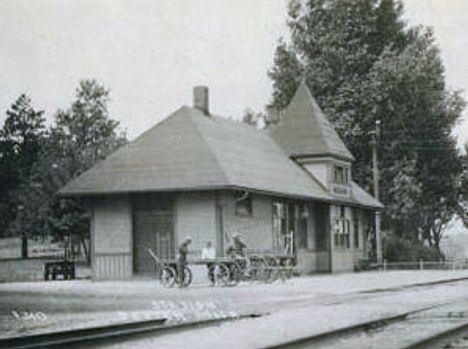 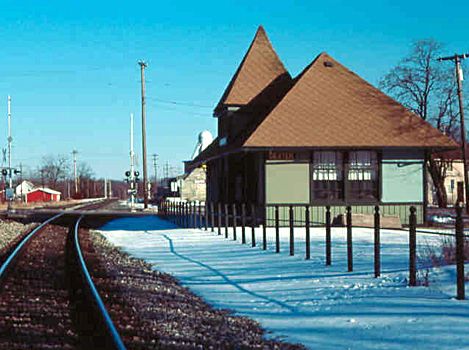 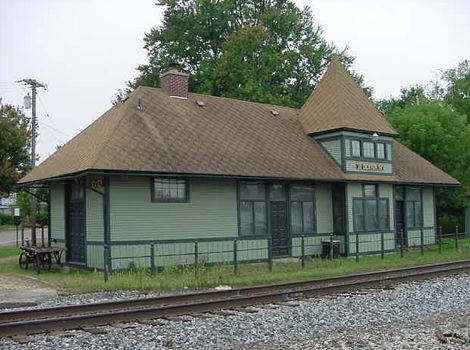 Dexter is located about eight miles northwest of downtown Ann Arbor in Washtenaw County. The town was settled about 1824, became a village in 1855 and a city in 2014. [MPN]

Photo info/credit: Top, members of the town of Dexter, dressed for the period, celebrate the 100th centennial. [Stoner collection, UMB]. 2nd photo, the MC depot in Dexter with an eastbound passenger train taking on passengers. Note that the railroad main line is still single-tracked as of 1900 when this photo was taken. This depot was built in 1886 of wood construction. [Stoner photo/Michigan State Archives collection]. 3rd photo, an early photo of the same depot. 4th photo, The depot taken in 1989. [Charlie Whipp]. 5th photo, a 2002 shot of the restored depot, which now houses the Huron Valley Model Railroad Club. [Alan Loftis]

1917, The MC had a operator-clerk here around-the-clock. They also had a freight agent. [TRT]

1920 - On the Michigan Central, this is a passenger, freight and express agency joint with the American Railway Express Company. Interline tickets are issued. W. C. Clark is the agent. The telegraph call sign is "D". [MCOAS]