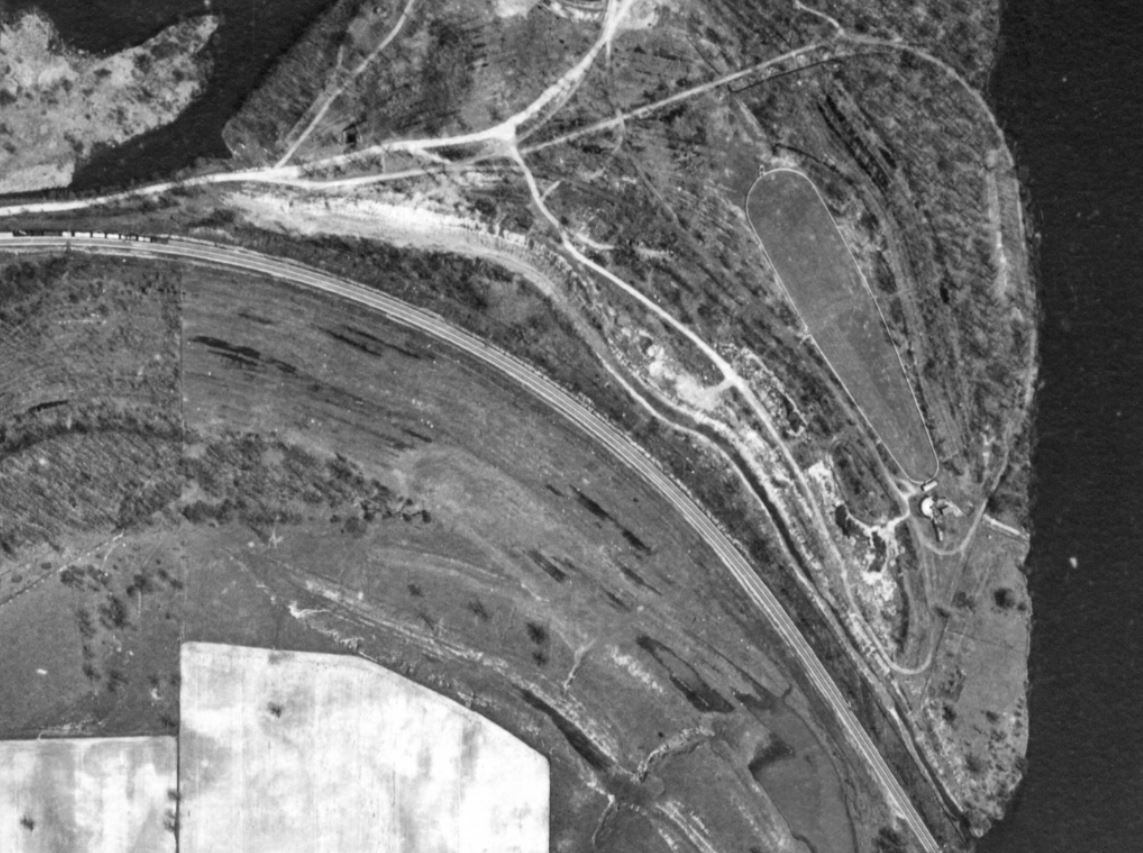 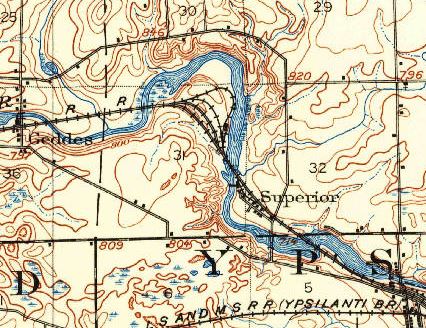 Shanghai Pit was a location on the MC Main Line three miles west of Ypsilanti. The location is noted in a 1912 MC station listing with a station number as #259, and located behind what is now St. Joseph Mercy Hospital.

Shanghai Pit was a location where the Michigan Central cut blocks of ice from the Huron River for use on its line. It has also been written that the fill for Junction Yard in Detroit was excavated from Shanghai Pit and brought to West Detroit about 1900.

Ypsilanti, January 11, 1904. The Michigan Central Railroad company has completed its annual ice harvest at the Shanghai gravel pits, west of Ypsilanti. The number of cars shipped to fill the company's ice houses in Detroit and along the line was 1,216, carrying over 4,864,000 pounds. This ice is only used for refrigerator cars. The company secures the ice for the dining cars and passenger coaches on the Mackinac division. [St. Joseph Herald-1/16/1904]

400 of them in Danger Near Ypsilanti.

This pit, where the Michigan Central used to cut its ice, is now abandoned except as a storage yard for crippled freight cars awaiting repairs at the West Detroit shops. At present 400 cars are there. The supposition is that some tramps built a fire in one of these cars and went away without extinguishing it, as has been the case several times.

When the fire was discovered tonight it had already made considerable headway. A locomotive was sent out to pull the cars out of danger, and Detroit was asked for a fire engine to fight the flames, which at midnight are still burning fiercely. [DFP-6-30-1906]

Dead and Dying Pinned in Wreckage Many Minutes Before Relief Arrives. Semaphore Was Not Working, It is Alleged.

Dashing along at the rate of 60 miles an hour, American Express train number 31, commonly called the "Blind Baggage" crashed into a light engine as it was emerging from Shanghai pit.

Unaware of the presence of Detroit ice train at the pit, engineer John Scallen shot his train into the curve.

Engineer Fred Roe had switched his ice train into the pit and had just run onto the main track at the west end of the curve to go to the other end of the switch to do some more switching. Number 31 struck the locomotive with a crash that was heard half a mile distant.

The engine of the express train piled on top of the light engine, demolishing it. From the point of collision the express engine went 200 feet before tipping over. The boiler of the ice train engine was thrown 400 feet still further the tender 120 feet beyond that. The tender stands on the west end of Shanghai curve at the bridge across Huron River

Under wreckage for hours.

On the light engine was Wesley Forrin, Detroit, brakemen. Forrin said he saw the express train coming when it was 10 car lengths from him. He said he jumped and fell into the water beside the tracks. Forrin saw the engineer jump, but did not know whether the firemen jumped.

The bodies of engineer John Scallen and brakemen Thomas Little were under the locomotive for hours. Little was the brakemen on the express and was riding in the engine. [St. Joseph MI Daily Press-2/22/1907]

The locomotive on the express train was a 10-wheel Pacific type. The train had two express cars, a mail car and car for the crew. The engine and cars were badly wrecked and the track blocked so trains over that line were detoured over the Lake Shore via Hillsdale to Jackson.

The cause of the wreck was the express train running by the danger signal, according to Joseph Hall, local general agent of the railroad's passenger department.

A special train carrying doctors was soon hurried out of Ypsilanti and a wrecking train was sent from Jackson. [Daily Herald, Port Huron-2/22/1907]

Ann Arbor, Michigan December 6, 1910. Norman McBride of Detroit, a switch man in the employ of the Michigan Central, was instantly killed late this afternoon at the Shanghai gravel pit, which is about 5 miles east of Ann Arbor. McBride was signaling to the engineer on his train when another train backed down upon him. He was thrown under the wheels and terribly mangled. McBride's parents live at 892 16th St., Detroit.