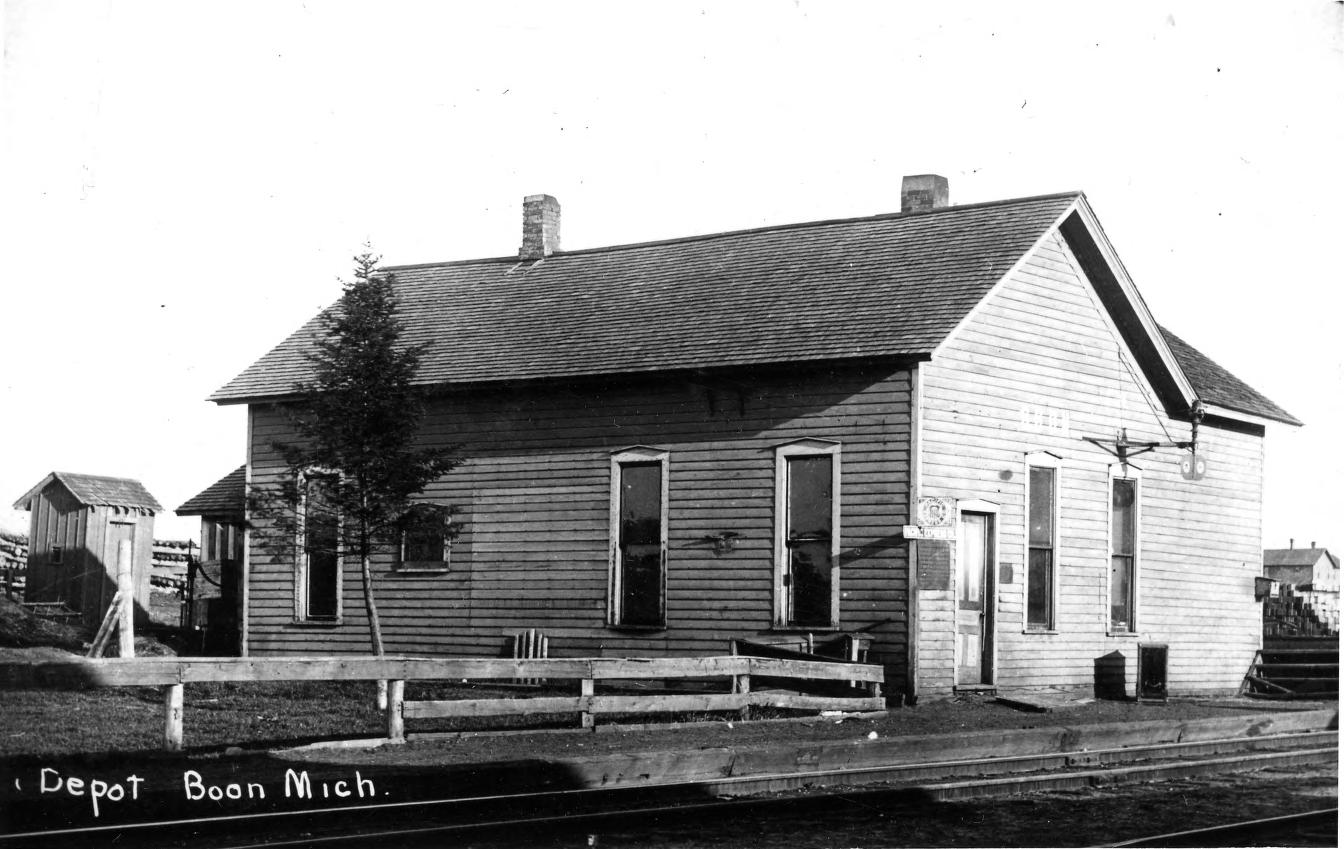 Boon was established as a railroad location on the Toledo, Ann Arbor and Northern when it came through Wexford County in 1888. [MPN] Boon was located at milepost 237.8, which was about 12 miles south (east) of Yuma where the line currently ends.

Photo Info/Credit: A photo of the Boon Depot around 1910. [Stoner collection, UMB]

In 1890, the Detroit Free Press reported that Boon had a population of about 600.. Matieva & Herkimer had a large mercantile establishment here, and there are eight charcoal kilns and three saw-mills in the place. The timber adjacent is mostly hard maple. [DFP-1890-0104]