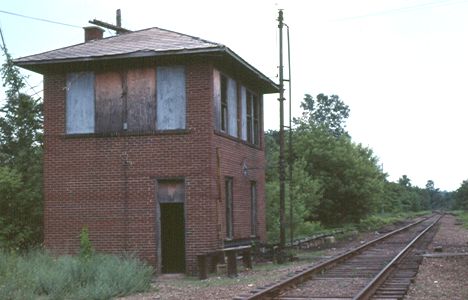 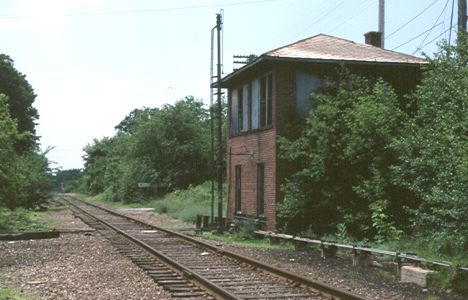 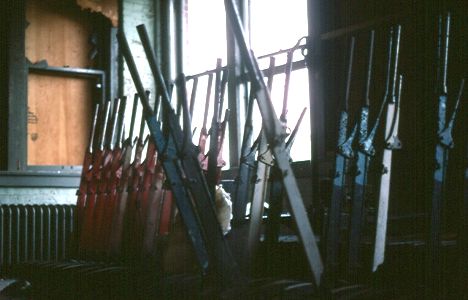 Walcottville was located in central LaGrange County. It was a station stop on the Wabash's fourth district which ran between Montpelier, Ohio and Chicago.

Walcottville was also the crossing of the Wabash line and the Grand Rapids & Indiana railroad branch line north-south, which ran between Fort Wayne and Mackinaw City, Michigan via Grand Rapids.

Photo info/credit: Top and 2nd photo, the old abandoned interlocking tower at Wolcottville at the crossing of the Wabash line and the GR&I/PRR line north into Michigan. 1984. 3rd photo, the interior of the tower with its "armstrong" plant. 1984. [Greg Bunce]