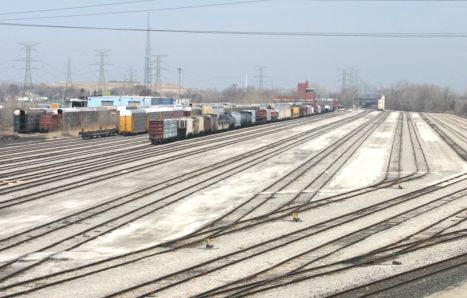 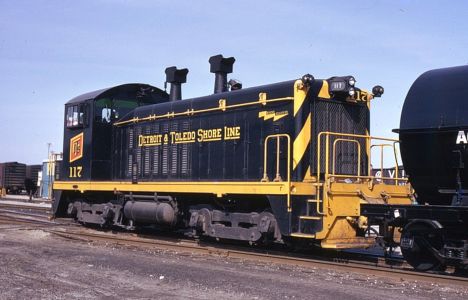 Lang Yard was the main yard of the Detroit & Toledo Shore Line Railroad, which was owned by the Clover Leaf and the Grand Trunk Western.  It was located north of the Toledo Terminal Railroad south of the Ottawa River.

For about 90 years, Lang Yard served as the southern terminal of the Detroit & Toledo Shore Line Railroad, a joint GTW/Nickle Plate line which ran between Toledo and Detroit.  Lang was also used as a storage yard for coal trains in transit between the coal fields and coal burning power plants in the Detroit area.  Today, the yard is used by the Canadian National Railroad.

Lang facilities: The D&TSL built a south end yard office and 8-stall roundhouse and machine shop here in 1907. In 1908, they built a car repair shop. In 1917, they built an office building here, as well as a car foreman's office, transfer platform with office. In 1920 a storehouse for company material was built here. Lang had a 300-ton steel coaling station which was built in 1920. Lang had a 50,000 gallon capacity water station here which was a wood tub on a steel tower. [ DTSL-1922]