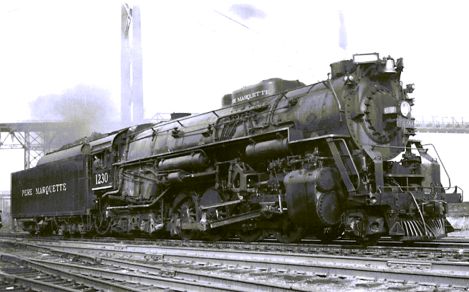 The Pere Marquette had an engine house at 21st street which had a 100' three-bearing, electric turntable. It was in place as of 1942.

This engine house was used by the PM and the PRR passenger engines. [TSD]

1955. The C&O begins using the MC tunnel and stops using this roundhouse, moving diesel motive power to the engine house at Rougemere. [TSD]

1959. The PRR ends passenger service to FSUD and discontinues use of this round house, which is closed. [TSD]