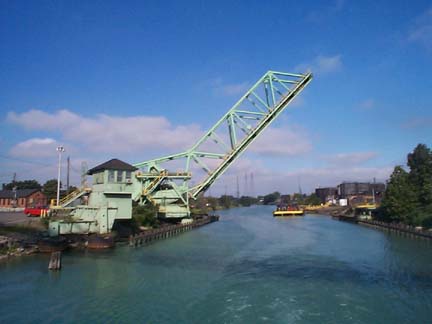 This is a bascule bridge which connects the Delray Connecting Railroad on Zug Island with interchange tracks north of the island in the Delray area.  This is known as Bridge 141.  This bridge carries both highway and rail traffic.  This bridge tower is not normally staffed as large ships use the Short Cut Channel instead of this route.  The bridge is named for its length.  It was built in 1914.  It is owned by the Delray Connecting Railroad and also used by NS.