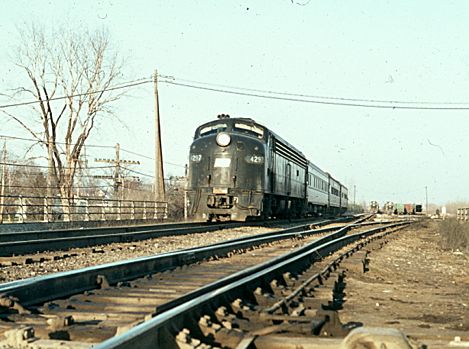 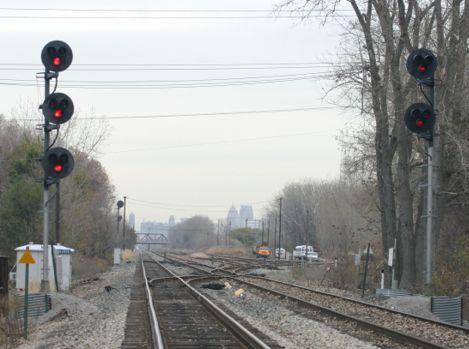 Town Line was identified as an unincorporated hamlet where the Michigan Central railroad crossed what later was Greenfield Road. The townsite has about six blocks of platted roads. A 1895 Silas, Farmer and Co. map of Wayne County shows that the MC had a depot here. :(Note: This is about 20 years before the Town Line junction was moved here). [LOC] Town Line was thus named because it was the border of Dearborn and Springwells townships.

Unlike many other towers in the Detroit yard, Town Line was an operator-run tower, meaning that the operator received and distributed train orders. Greenfield Road may have also been named Town Line Road at one time.

Mark Dobronski provided the following information which was compiled by Jim Harlow.

1920. On the Michigan Central, this is a telegraph station with no agent. The telegraph call sign is "J". [MCOAS]

Q.  WHEN WAS TOWNLINE BUILT?

1917. This station was staffed around-the-clock by operator/switch tenders. [TRT]