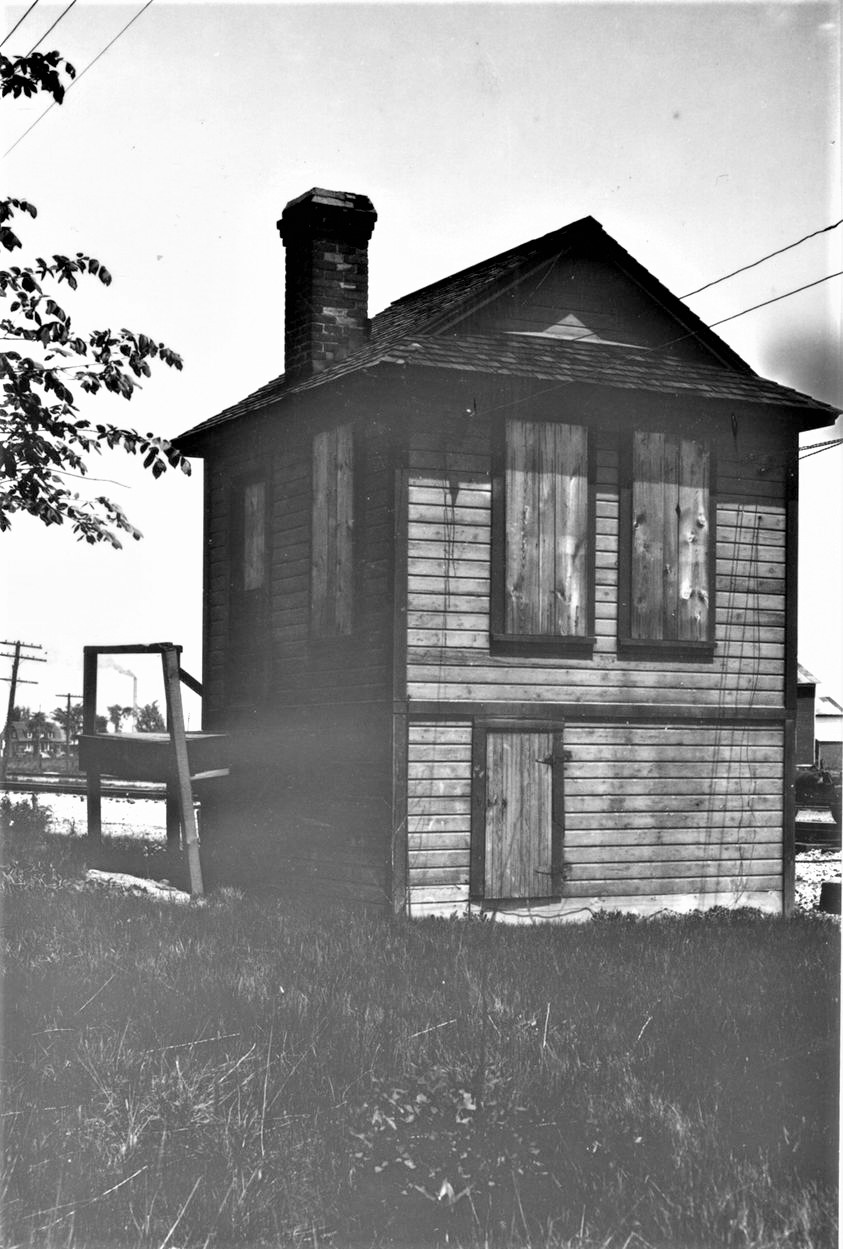 This was the crossing of the DT&I main line and the Detroit, Monroe & Toledo Short Line (electric) by a spur off the Michigan Central into Sibley Quarry.

This tower was not regularly staffed but was operated by NYC trainmen when entering and leaving the quarry.

Image Info/Credit: The tower later in its life in 1951. [Charles Geletzke Jr. collection]

Note from Charles Geletze Jr.: This Michigan Central interlocking tower was located at the Sibley Quarry on the extreme west side of Trenton, Michigan. This was where the NYC crossed the D&TSL and the DM&T (Detroit, Monroe & Toledo Short Line Railway...an interurban) to enter the Sibley Quarry. The tower itself was never manned; but operated by MC trainmen when they wanted to gain access to the quarry. The quarry was owned by The Solvay Process Co. (TSP) and primarily supplied limestone to the Semet-Solvay Co. in Detroit. Additionally the quarry was served by the DT&I and the Delray Connecting Railroad, which operated on trackage rights over the DT&I until 1952 or 1953. The TSP operated their own collection of at least two geared Heislers, seven Shays, and a standard 0-6-0 switcher. I am guessing the tower stood until the early 1950's. This photo was taken in 1920 by an unknown photographer. [C. H. Geletzke, Jr. collection]