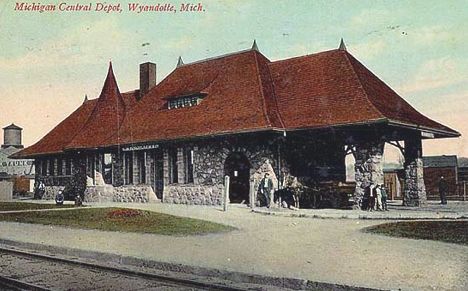 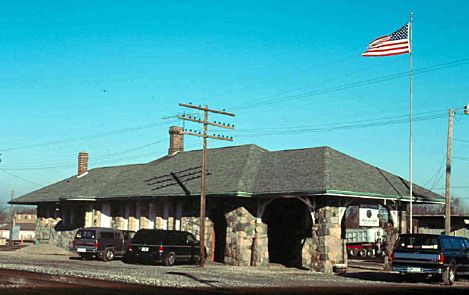 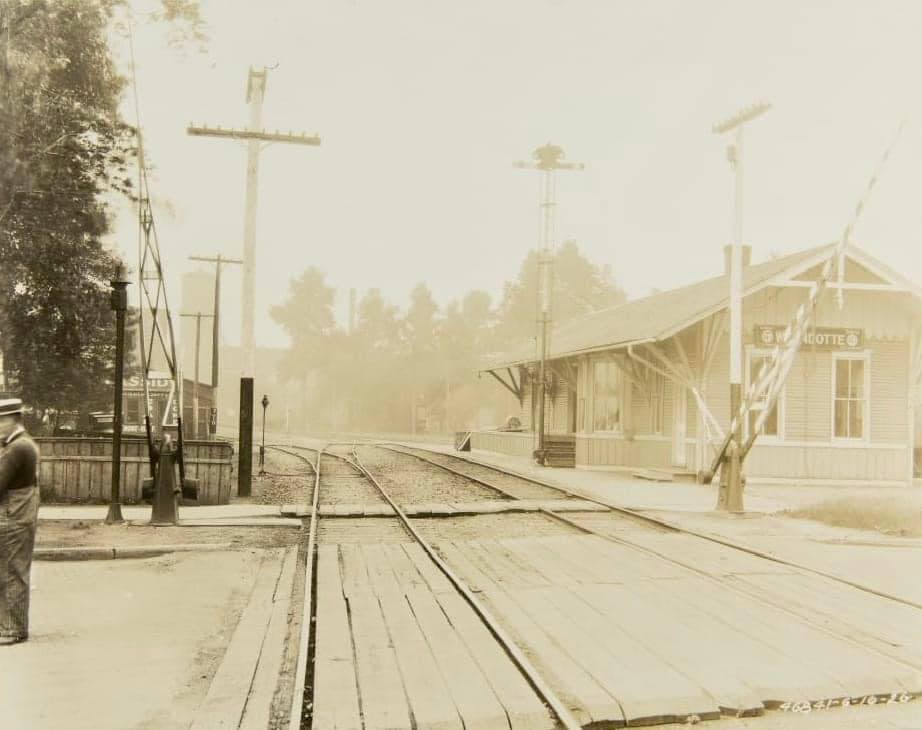 Wyandotte was settled about 1818. The Eureka Iron Company established a blast furnace here along the Detroit River. The town became a city in 1967, and annexed the adjacent Village of Ford City in 1923. [MPN]

The DT&I station in Wyandotte was on the northeast corner of Oak and 7th Street. [SBM-1912].

The D&TSL had several team tracks and a trailing point crossover here. [EFI]

1924. December 3. A collision between a DUR interurban train and an automobile kills five people and injures 10.  ICC Report [PDF]