Owned by: Pickands Mining Co., others. See note below.

Method: Underground. Worked by back stoping and caving method. 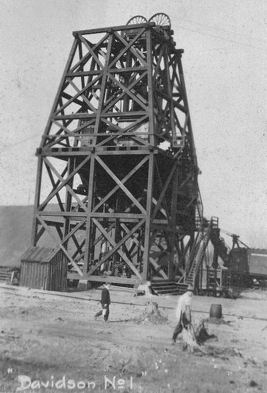 SR-SW Sec. 14 (part of Forbes) was acquired by Pickands Mining Co. in 1947 and used as the site for the Davidson shaft.

The Davidson Group of mines (1-2-3 and No, 4) were located in Iron River and Mineral Hills in Iron County.