Mine: Odgers Mine, Crystal Falls, MI

Owned by: Corrigan McKinney Steel Co. which merged with Republic Steel Corp. in 1935. Lease surrendered in 1936.

Railroad connection: C&NW and MILW to port of Escanaba. 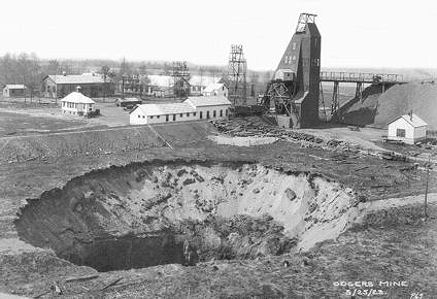 Photo Info/Credit: The shaft house at the Odgers Mine. Note the serious cave in at the site. 1923  [MINART]