Owned by: Ahmeek Mining Company. Merged with C&H in 1923.

4 incline shafts worked to a depth of 3,000 feet. Shafts 3 and 4 were worked from a common shafthouse. [Mindat] 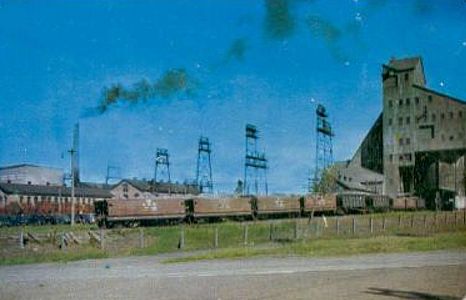 Ahmeek Mine was located near Ahmeek, which is just north of Calumet into Keweenaw County. C&H gained control in 1909 and then merged with it in 1923. [UPM]

The mine was established by the Ahmeek Mining Company in 1880 and ran intermittently until 1903 when the Kearsage Lode was located and then became a substantial producer. The Calumet and Hecla gained control in 1909 and merged with it in 1923. There were a total of four mine shafts. [UPM]

Photo info/credit: Railroad cars outside the Ahmeek Mine in 1951.

Shaft No. 3 & 4 were sunk in different 80o angles but came up to a single headframe and rockhouse. [UPM] 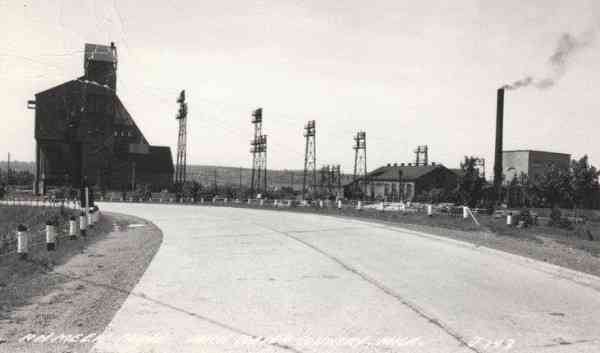 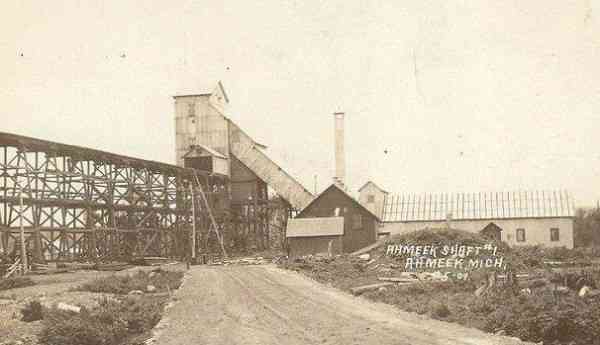 Photo Info/Credits: Two more photos of the Ahmeek Mine, the top taken in 1941.