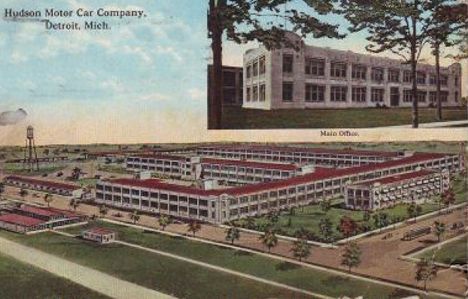 The Hudson Motor Car Company existed from 1909 to 1954 when it merged with Nash-Kelvinator to form the American Motors Corporation (AMC). The name came from Joseph L. Hudson, a Detroit department store entrepreneur who provided much of the capital for the operation. The original factory was at Mack Avenue and Beaufait Streets, but was moved to a larger facility (photo at left) at Jefferson Avenue and Conner. [WIKI]

The facility was served by the Detroit Terminal railroad.