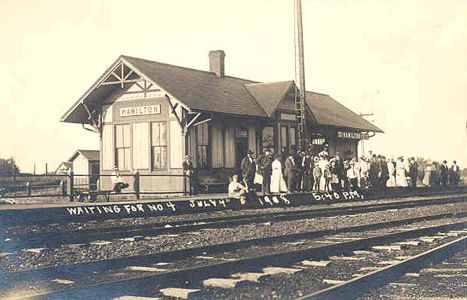 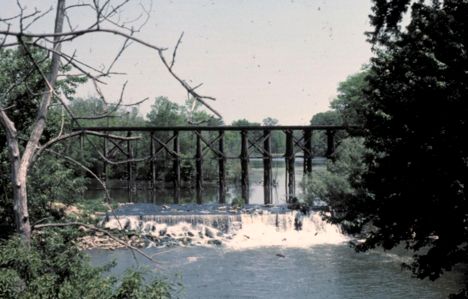 Hamilton was located six miles southeast of Holland in Allegan County.  The town was first inhabited in 1835 and first called Rabbit River.  The village was platted in 1862 and changed to Hamilton in 1870.  [MPN] A railroad branch line was built southeast from Holland to Allegan and it came through this town.  Later, the line was truncated and Hamilton became the south terminus.

Photo Info/Credit:  Above, an early photo of the PM depot at Hamilton.  Below, a photo of the trestle in Hamilton with the river dam below, taken in 1977.  [Charles Geletzke Jr.]