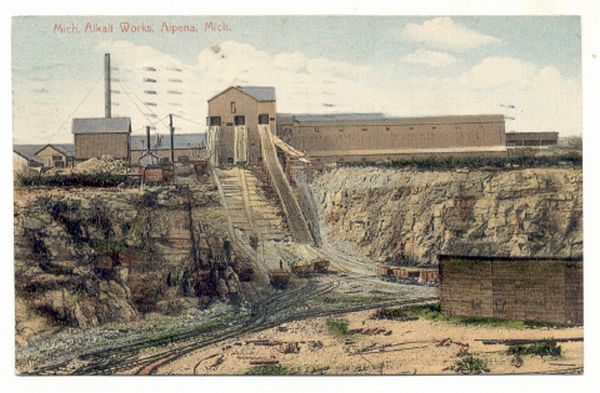 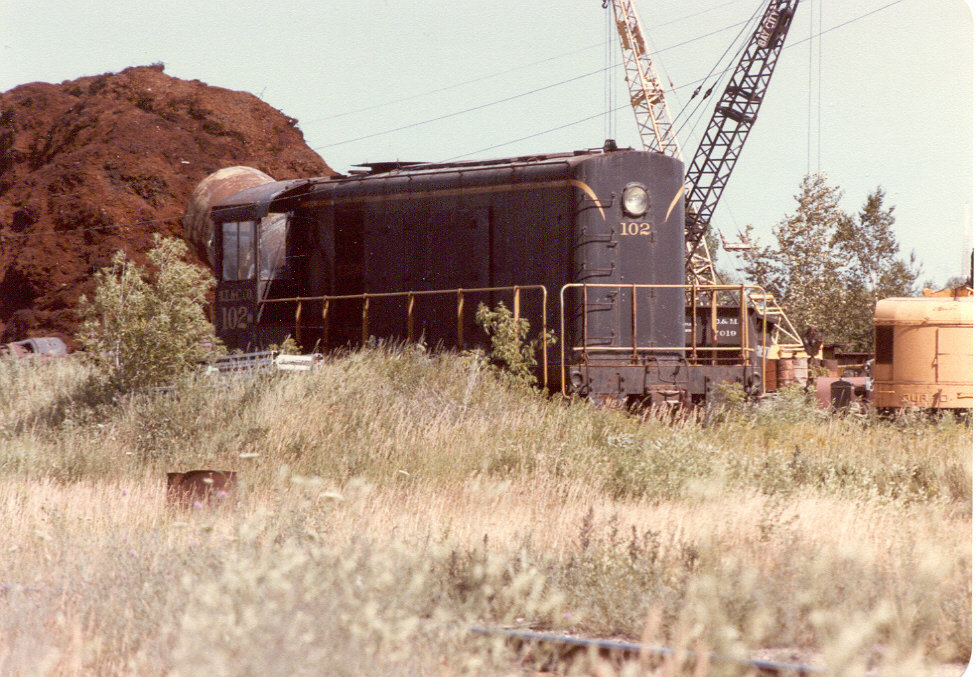 Photo Info/Credit: Top, an early postcard view of the quarry at Alpena. Bottom, Michigan Alkali #102 in a scap yard near the D&M roundhouse in Alpena. The scrap yard had several of these units in the 1980's which had been scrapped after years of use at the quarry. [Dale Berry]