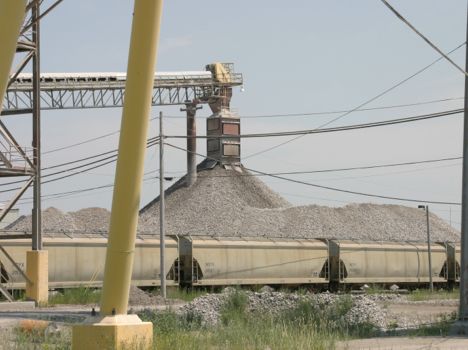 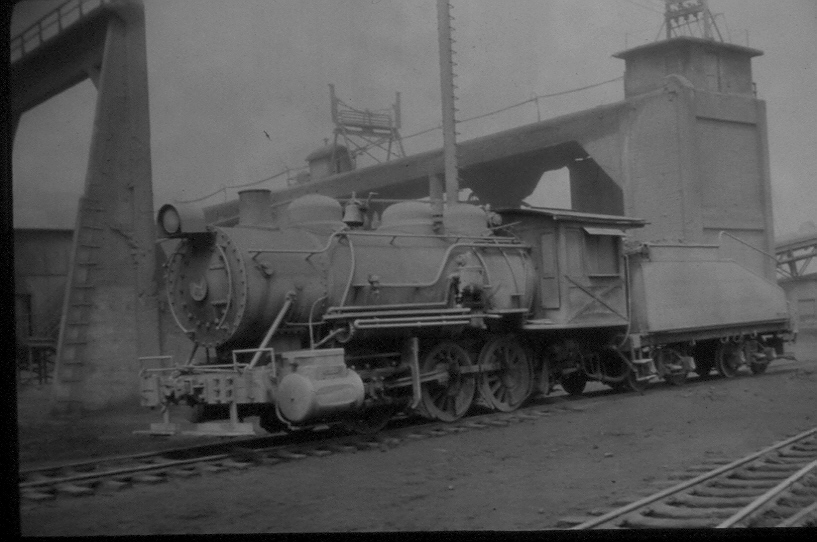 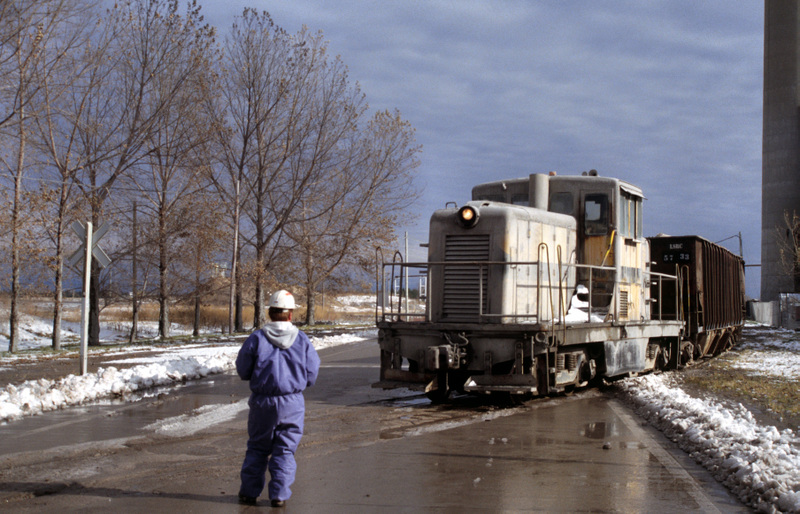 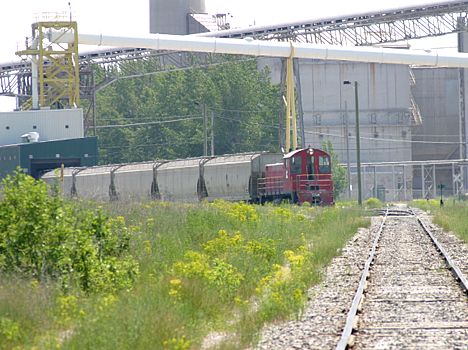 The Huron Portland Cement Plant was founded in Detroit in 1907 and chose this site for its plant because of the large limestone deposits here which were ideal for cement production. It was the largest cement plant in the world.

Most cement is transported out of the plant by ship. But over the years, the plant received limestone and other aggregates (such as gravel) by rail from a variety of locations throughout the area, including the Paxton quarry west of Alpena, and the Rockport and Stoneport quarries northeast of the plant. Today, the plant brings aggregate to the plant by mega truck from its nearby quarry, but other materials such as fly ash are brought in by rail by the Lake State Railway (former D&M).

The plant has its own switch engines for industrial use. In 2003, it was reported that about 20 fly ash cars were received each week.

Image Info/Credits: Top, an old postcard view of the plant quarry. Note that railroads were used to transport aggregate from the quarry to the plant. There appears to b an engine house in the quarry. Today, oversized trucks are used. 2nd, a photo of the plant itself with rail cars containing fly ash in front. 3rd, Huron Portland Cement No. 8 at the Alpena Quarry in 1960 [Harold Frye], 4th, a LaFarge Center Cab diesel at Alpena in 2003 [Mark Andersen], and bottom, a photo of the plant switcher moving fly ash cars in 2003. [Dale Berry]