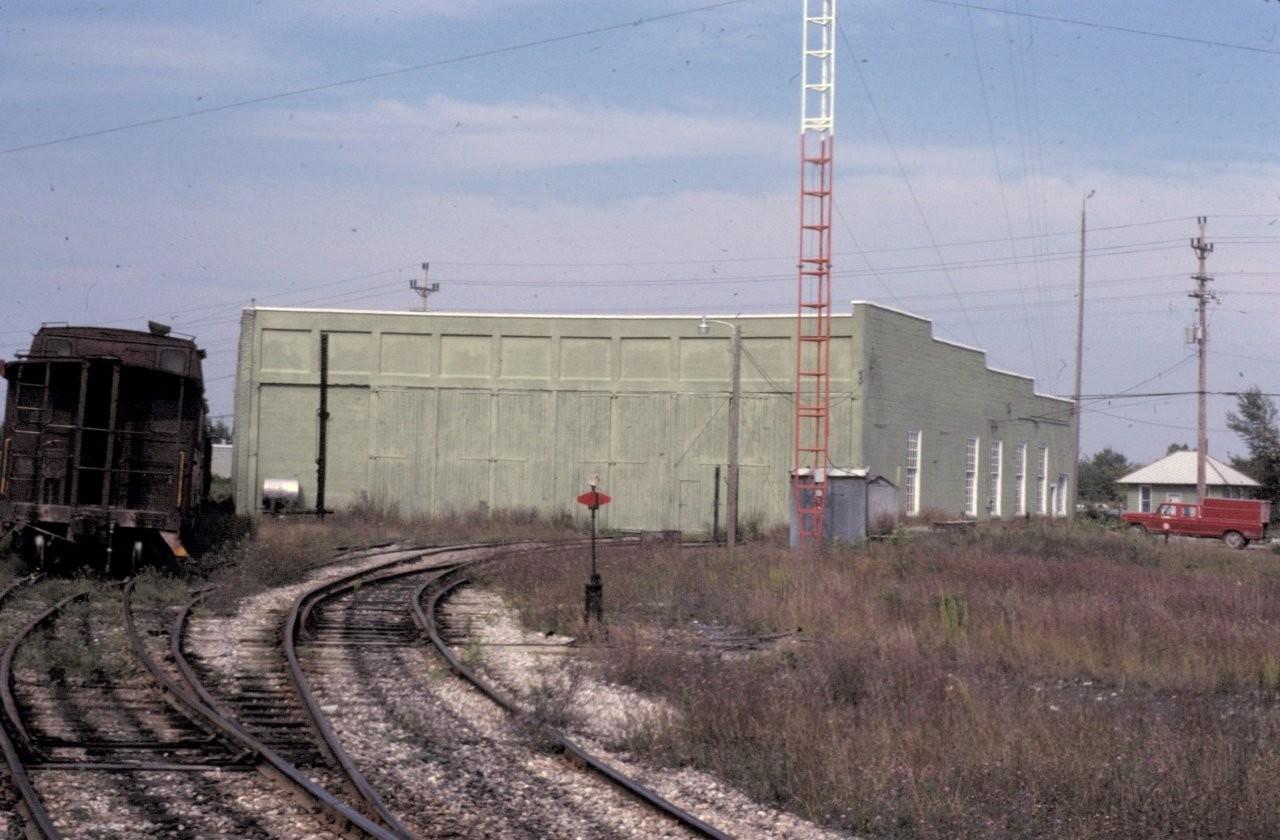 The Detroit & Mackinac railway had a five-bay roundhouse within the wye at Alpena Junction, on the north side of downtown. In later years, this roundhouse was accessed by switches rather than a turntable. The roundhouse continues to exist today (2019) and is used by the Lake States Railway.