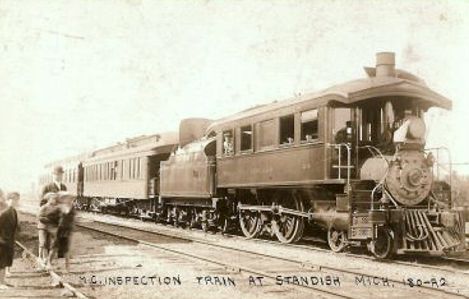 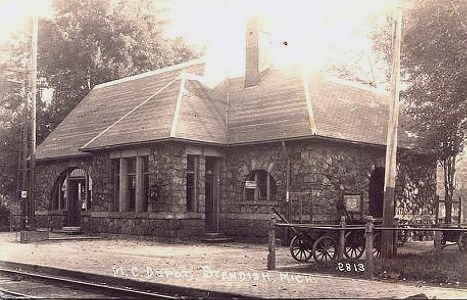 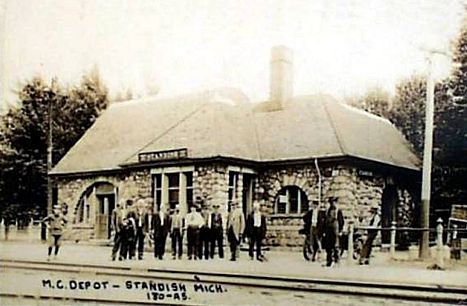 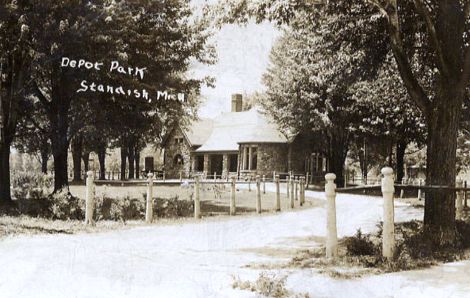 Standish was settled about 1871 as the home of a saw mill. The Jackson, Lansing & Saginaw railroad (later Michigan Central) came through here shortly thereafter and constructed a beautiful stone depot, which survives to this day (2018). The village was incorporated in 1893 and became a city in 1904. It is the county seat of Arenac County.

Photo info/credits: Top, a Michigan Central inspection train at Standish, date unknown, followed by three photos of the depot, which was built in 1889. It resembles the MC depot at Grass Lake with its stone construction. The bottom photo shows a bit more of the beautiful park surrounding the depot in its formidible days. [Bottom photo, Alan Loftis Collection]

The Anderson's Grain Elevator, south of town. As of the 2010's, this facility handles corn, beans, and white or red wheat. The facility accepts unit trains on the Lake State railway.