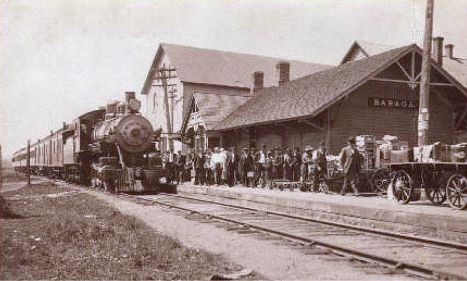 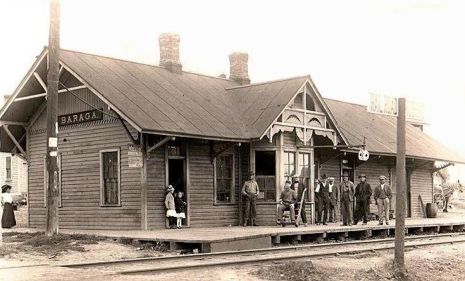 Baraga was founded in 1843, first called Bristol and later changed to Baraga. The Village was first located in Houghton County and then became a part of Baraga County when it was organized in 1875. [MPN] Baraga was a station stop on the Duluth, South Shore & Atlantic railroad.

1918. The DSS&A had an operator/agent here and an assistant during the day shift. [TRT]