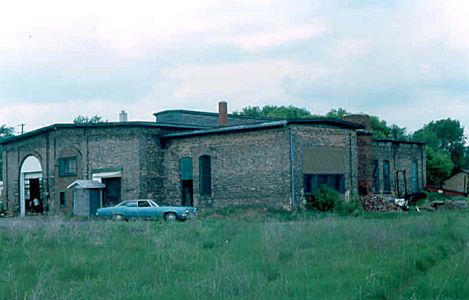 The Jackson, Lansing & Saginaw established their first shops in West Bay City, just northwest of the MC drawbridge over the Saginaw River. The JL&S became part of the Michigan Central shortly after constructions. The shop location included a roundhouse, of which the footings can still be seen from aerial photos of the area.

Photo info/credit: A 1975 photo of the former MC shops at Bay City West Side. [Charlie Whipp]