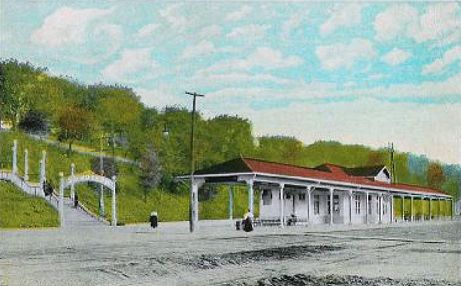 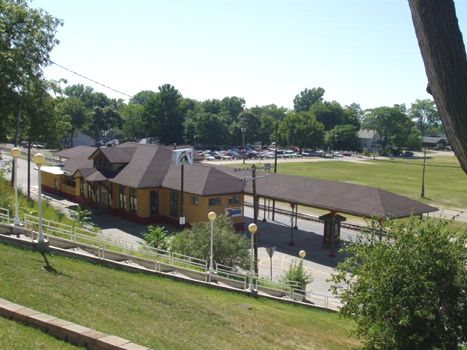 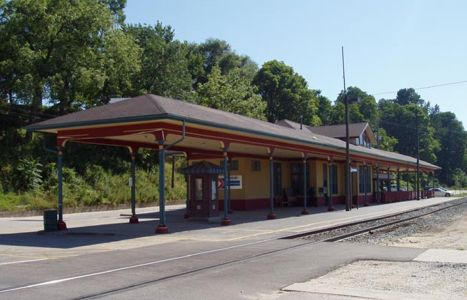 St. Joseph, in Berrien County was settled in 1679 b the French, which built Fort Miami here. The settlement was called Saranac in 1827, and renamed Newburyport. In 1829, the name was changed to St. Joseph. It was incorporated as a village in 1834 and a city in 1891. [MPN]. St. Joseph, along with its neighbor Benton Harbor, was a major commercial center on Lake Michigan.

1920 - On the Michigan Central St. Joseph Branch, this is a passenger, freight and express agency joint with the American Railway Express Company. Interline tickets are issued. A. H. Anson is the passenger agent. A. A. Watson is the freight agent. The telegraph call sign is "BF", same as Benton Harbor. [MCOAS]

Photo info/credit: Top, a postcard view of the PM depot at St. Joseph. 2nd and 3rd photos, two current (2003) views of what is now the Amtrak station at St. Joseph. [Alan Loftis]