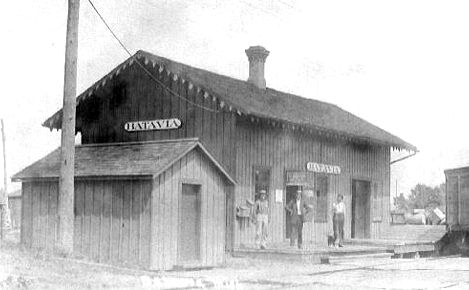 Batavia was first settled in Branch County in 1832. [MPN] It was a station on the Lake Shore & Michigan Southern railway (later NYC) on the "Old Road" line between Toledo and Chicago, via Coldwater. Batavia is about six miles west of Coldwater.

Photo info/credit: The LS&MS depot at Batavia. This depot was originally built at Coldwater but moved to Batavia in the 1880's. During the 1990's, it was moved back to Coldwater and restored. [Alan Loftis collection]