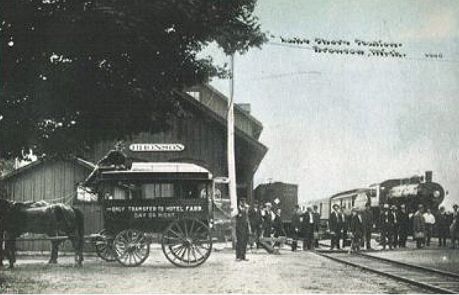 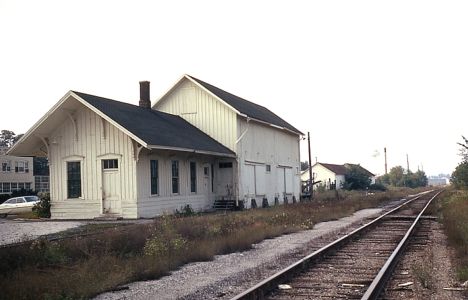 Bronson, in Branch County, was settled around 1828. It was incorporated as a village in 1866 and a city in 1934. [MPN] Bronson was a station stop on the Lake Shore & Michigan Southern "Old Road" between Toledo and Chicago via Coldwater. The city is about 12 miles west of Coldwater.

Photo info/credit: Top, the LS&MS depot at Bronson in a postcard view with a livery coach waiting to take passengers to an area hotel. [Alan Loftis collection] Below, a photo of the depot in the 1960's. [Gordon Hessemer photo, Doug Leffler collection]

Robbery - 1894. Fred L. Warrne, the night operato0r in the Lake Shore depot at Bronson, was attached and overpoweed by three masked men, who entered his office early in the morning. They then secured $30 from the safe and fled. [DFP-1894-0921]