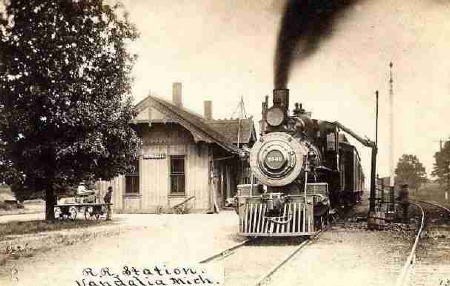 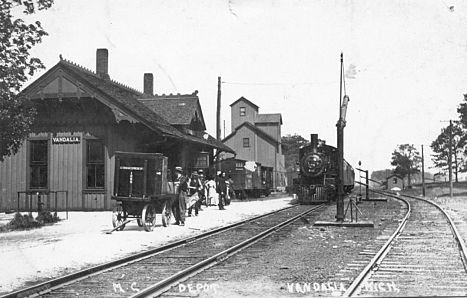 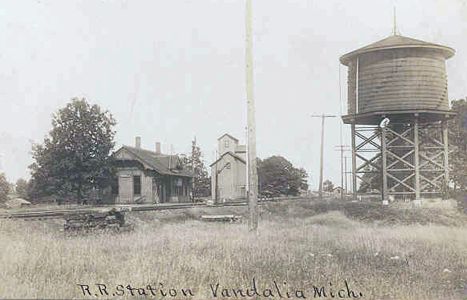 Vandalia, in Cass County, was settled about 1849 with the establishment of a grist mill here. The Michigan Central's Air Line Division came through here in 1871 and established a station. The town, which was about 5 miles east of Cassopolis, was incorporated as a village in 1875. [MPN]

Photo info/credits: The Michigan Central depot at Vandalia around 1911 with a train approaching the station. Note the "signal box" on the front of the depot in the second photo, which was in common use on the MCRR's Air Line and some other lines. The signal box was used by the operator to advise trains of previous train departures. The water standpipe between the tracks is used for filling steam locomotive tenders. Its water source is, no doubt, the nearby water tower shown in the next photo. [Mark Worrall Collection]. Below, an early photo of Vandalia, which shows the water tower.

1920 - On the Michigan Central Air Line, this is a passenger, freight and express agency joint with the American Railway Express Company. Interline tickets are issued. H. J. Keen is the agent. The telegraph call sign is "AN". [MCOAS]