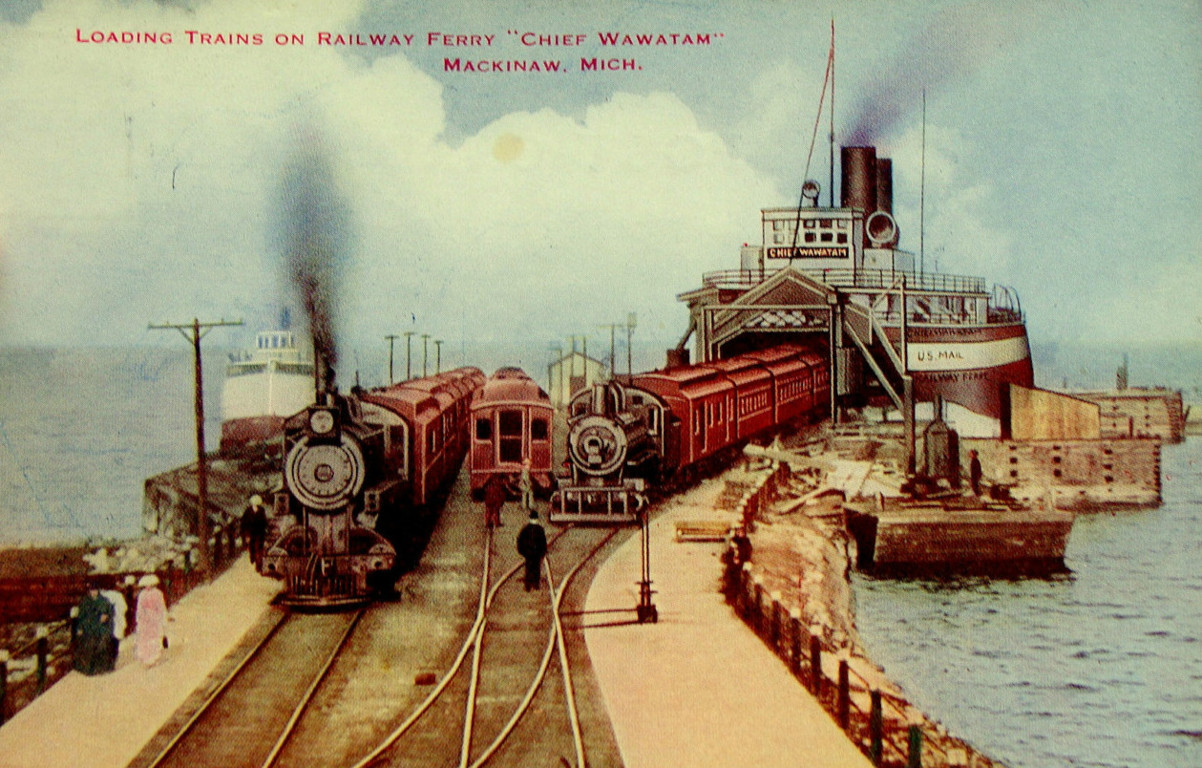 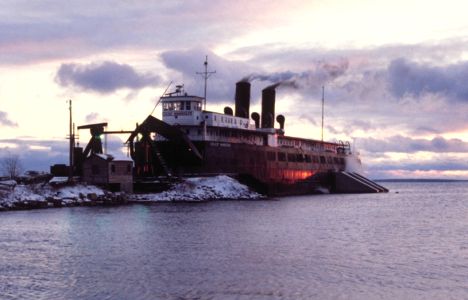 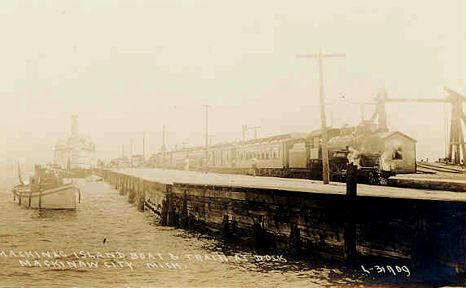 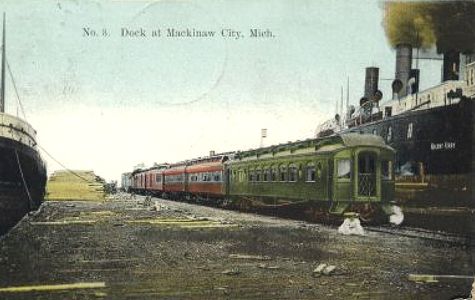 Photo info/credits: Top, an early postcard view of the Michigan Central loading the Chief. 2nd photo, the Chief Wawatam is photographed at Mackinaw City at sunrise in 1979. [Neil Plagens]. 3rd photo, the Chief approaches the dock in 1978. [Neil Plagens]. 4th photo, a 1909 photo of the dock. The boat on the left is exchanging passengers or freight. The main rail ferry dock is empty at the right. A passenger train appears to be waiting for the rail ferry. It will then proceed south on either the Michigan Central or Grand Rapids & Indiana. Next photo, a closer photo of the same location with the rail ferry at the right. Bottom photo, D&M No. 10 switches the Chief in 1977. [Neil Plagens photo, Mark Andersen Collection] 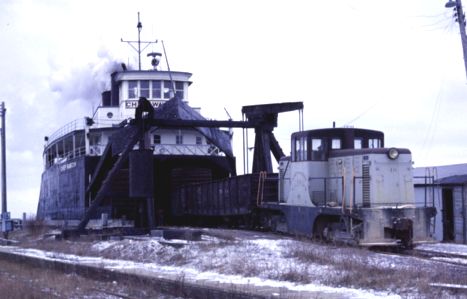