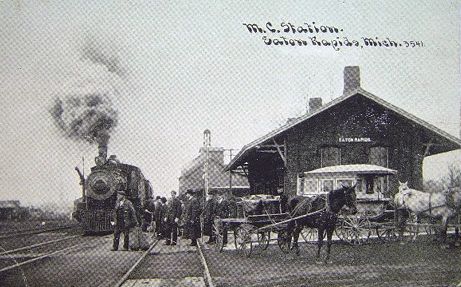 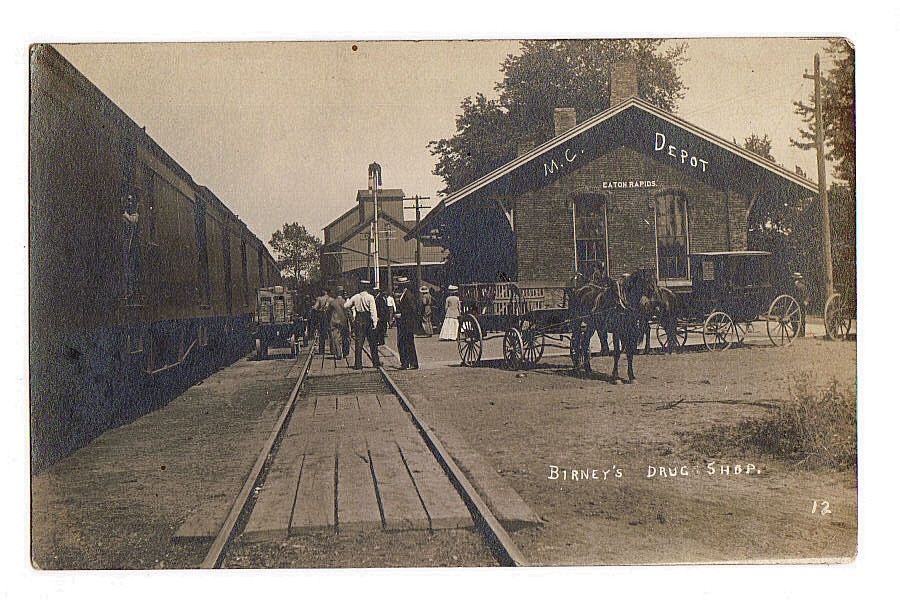 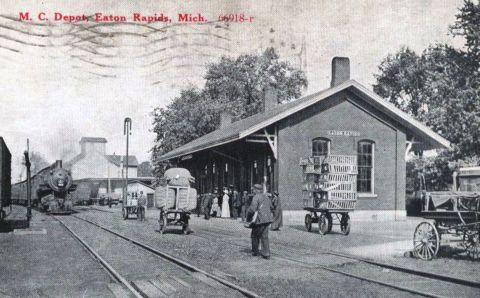 Eaton Rapids was settled in southeast Eaton County in 1838 along a rapids on the Grand River. It was incorporated as a village in 1859 and a city in 1881. [MPN]

Two railroads crossed each other at Eaton Rapids. The Grand River Valley (later Michigan Central Grand Rapids branch) came through from Jackson in 1868, and the Lake Shore & Michigan Southern's Lansing branch was built through town five years later in 1873. 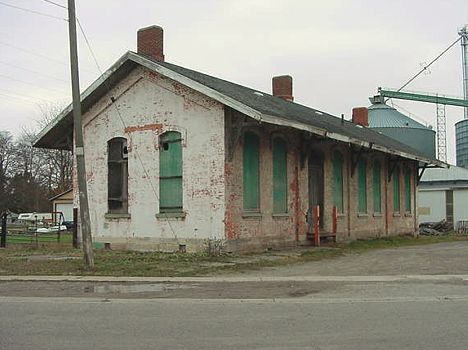 August, 1877. The Eaton Rapids Robbers Sentenced - Charlotte, Aug. 1. - George Croke and Frank Daily, who committed the robbery at the Eaton Rapids depot Sunday morning, were sentenced by Judge  Van Zile this morning, Croke to thirty-five and Daily to twenty-five years. They were taken to Jackson [Prison] by Sheriff Smoke. This afternoon, Officer Pollock telegraphed the arrest of their accomplice Frank Georgia, at Greenville. Part of the stolen property was found on his person. [DFP-8/2/1877]