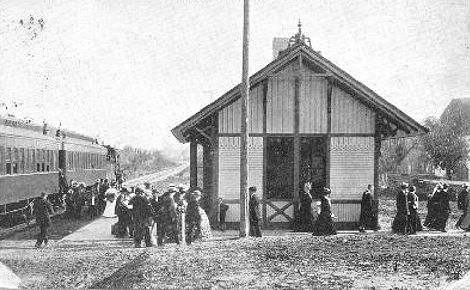 Conway was settled in 1878 as Crooked Lake and then became Dodge's Landing in 1881. It was renamed Conway in 1882 and received a station on the Grand Rapids & Indiana railroad. [MPN]

The station was noted for its Artesion well pipe. It was located at milepost 430.0 on the GR&I line.