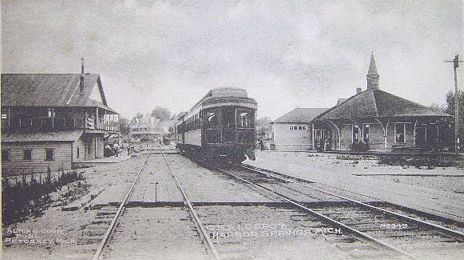 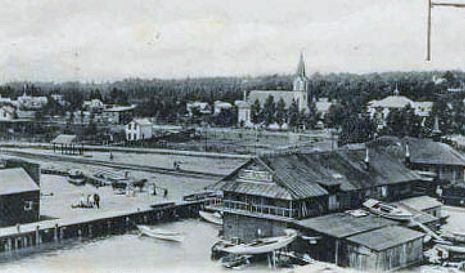 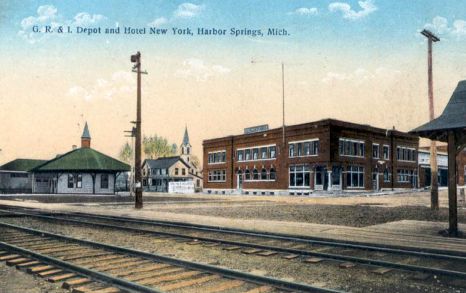 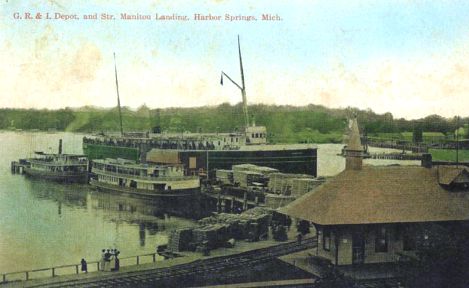 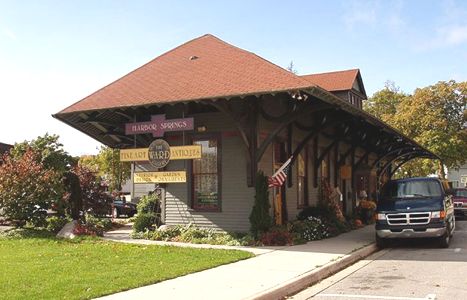 Harbor Springs was the location of an Ottawa Indian village. In 1742, a Jesuit mission was established. In 1862, it was called Little Traverse and renamed Harbor Springs in 1884. It was sometimes called Bayfield.  It was incorporated as a village in 1881 and became a City in 1932. [MPN]

Harbor Springs had rail service from a branch of the Grand Rapids & Indiana railroad. The branch left the GR&I main line at Ko-ge-mic and offered commuter service from Petoskey during the turn of the 20th century.