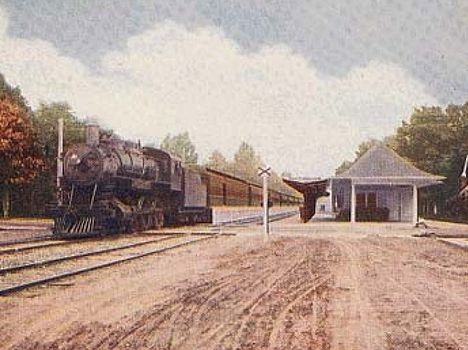 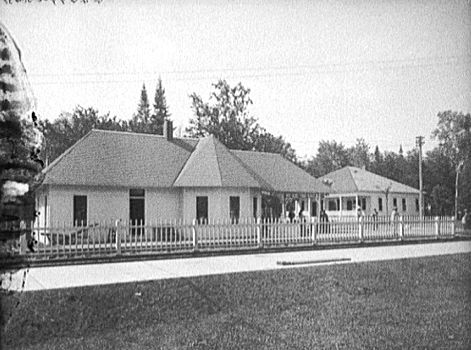 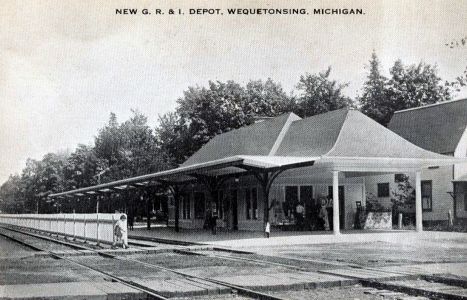 Wequetonsing was located 1.2 miles east of Harbor Springs on the GR&I branch to that town. It was served by GR&I commuter service from Petoskey which ran about 10 trains each day through this location. This location was purchased by a Presbyterian group from Elkhart and used as a religious retreat beginning about 1877. It was originally called Presbyterian Resort and renamed in 1882.