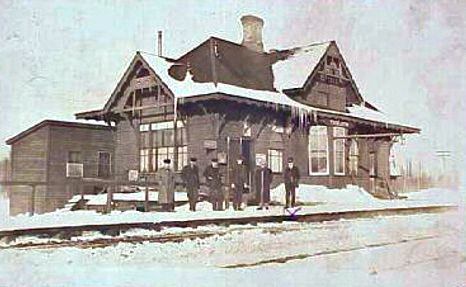 Thomaston was founded in Wakefield Township around 1891. This was a small terminal for the Duluth, South Shore & Atlantic where crews changed and locomotives were serviced. The town was also a logging center. Thomaston had a 31 car siding in 1961. It was MP 287.6 (from St. Ignace).

The railroad (now Canadian National) still comes through here enroute east to Bergland and White Pine but all of the railroad structures are gone.