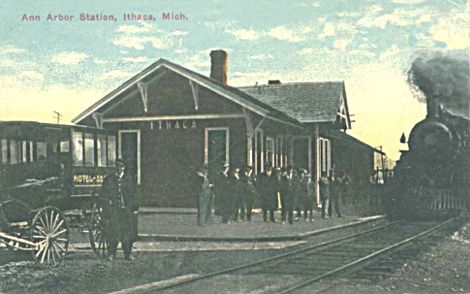 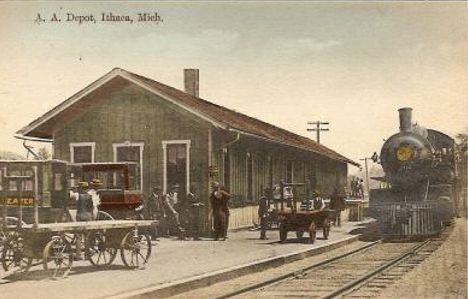 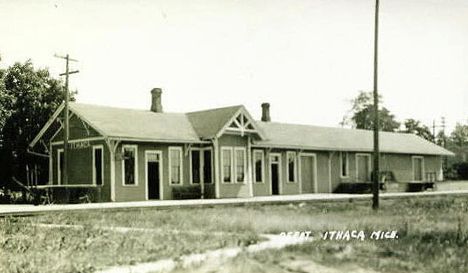 Ithaca was located on what became the Ann Arbor railroad, between Ashley and Alma. The railroad is now operated by the Great Lakes Central railroad.

Photo Info/Credit: Top, a postcard view of the Ann Arbor Railroad station at Ithaca. The passenger train is just pulling in and the hotel shuttle carriage awaits it's customers.  2nd photo, another photo of this depot with a train. This postcard view has been colorized. [T. J. Gaffney collection], 3rd photo, another photo of the AA depot later in its life. [Alan Loftis collection]