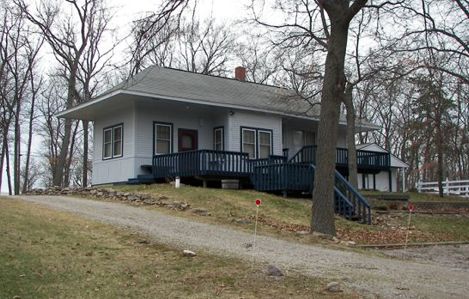 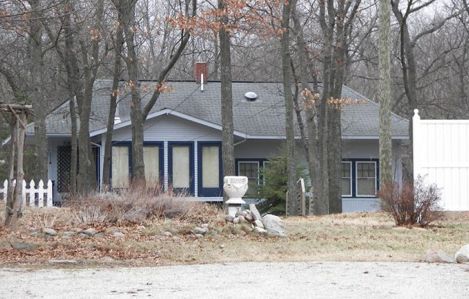 Caseville, in Huron County, was settled around 1836. It is located on the shore of Saginaw Bay/Lake Huron at the end of the GTW's Pontiac, Oxford & Northern branch line, seven miles north of Pigeon.

The town was formally called Pigeon River Settlement and then Port Elizabeth. It became Caseville in 1856. It formally became a village in 1896.

Photo Info/Credit: Top, the regular GTW freight at Caseville and a "plow" extra, photographed on the Caseville wye in February, 1958. This photo was taken by Roy Lab, the plow extra's brakeman. This was probably the last use of GTW's plow in Michigan. [Ray Lab photo, Tim Lab collection]. 2nd and 3rd photos, the former GTW Caseville depot which has been moved and is now used as a private home in 2007. [Alan Loftis collection]