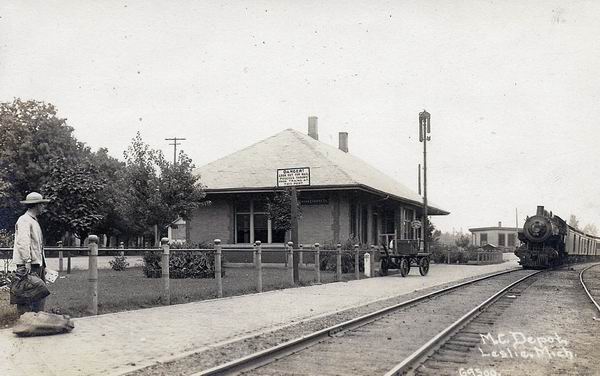 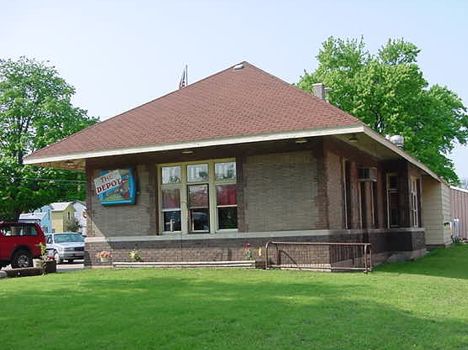 Leslie was settled about 1836 as Meekersville but renamed Leslie in 1841. It is 20 miles south of downtown Lansing in southern Ingham County. The town is located on what was the Michigan Central branch line from Jackson to Saginaw via Lansing. Leslie became a village in 1869. [MPN]

Photo info/credit: Top, a Michigan Central passenger train arrives at Leslie. Train order boards are clear for both directions. 2nd photo, the MC depot at Leslie on their line from Jackson to Lansing. [Alan Loftis collection]. 3rd photo, the depot in 2003 which has been converted to a restaurant. [Alan Loftis]