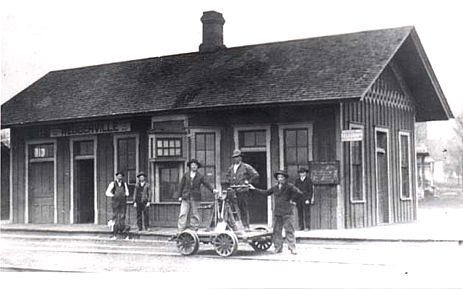 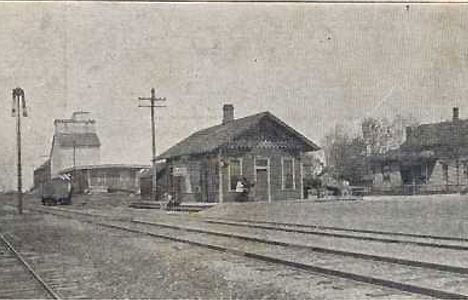 Webberville was settled about 1837 eighteen miles east of Lansing in Ingham County. The town was a station stop on the Pere Marquette railroad. It became a village in 1883.

Photo info/credit: Top, the PM depot at Webberville. Note the section crew in front of the depot and the display box with eight white boxes protruding out from the operator's window. These boxes were used to let passing trains know how far ahead trains were in front of them. They were used on the MC's Air Line division. 2nd photo, another photo of the depot and nearby grain elevator. [Alan Loftis collection]. 3rd photo, a 2004 photo of the old freight house. [Alan Loftis]

One mile west of Webberville is a large ADM elevator, as well as a grain storage facility owned by the Andersons. Both have rail service from CSX and originate unit grain trains. [2017]