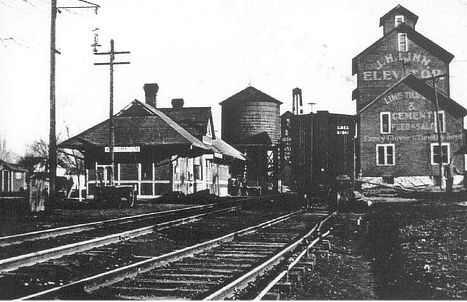 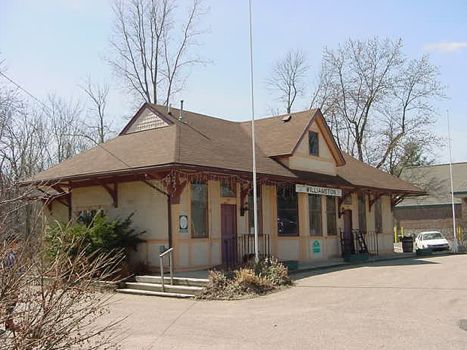 Williamston was settled about 1834 and known as Cedar. With its location on the Cedar River, a sawmill was located here in 1840 and a grist mill in 1842. The town is located 12 miles east of Lansing in Ingham County. It was a station stop on the Pere Marquette main line between Detroit and Grand Rapids via Lansing. Williamston became a village in 1871 and a city in 1944. [MPN]

1887 depot and facilities. The DL&N builds a new station-house, platform and coal house at Williamston, to replace buildings destroyed by fire. [DL&N-1887]