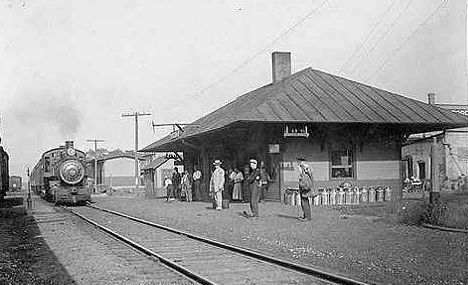 Muir began as a village in east Ionia County about 1854 with a lumber mill. It was originally called Montrose Station and renamed Muir in 1859. It was incorporated as a village in 1871. [MPN]

Muir was located on the Grand Trunk Western line from Detroit to Grand Rapids via Durand. The town is next to Lyons, and located about five miles east of Ionia.

Muir was located on the Grand Trunk Western's line between Durand and Grand Rapids, four miles east of Ionia.