The Milwaukee Road was a newcomer to the Upper Peninsula when it was built to give competition to the Chicago & North Western from the Wisconsin state line north to Champion in 1887. The railroad extended west from Channing to Ontonagon by building and purchasing the Ontonagon & Brule River railroad in 1890. The railroad also built a line from near Channing (Kelso Jct.) to Crystal Falls in 1890 and extended it to Iron River in 1914.

The Milwaukee Road also had numerous branch lines to mines in the Menominee and Marquette iron ranges. For a period of time early in the 1900's, the railroad had trackage rights on the Escanaba & Lake Superior from Channing east to Escanaba (Wells) for hauling ore, and also operated an ore dock near Wells.

After the 1960's, the railroad cut back a number of its ore hauling lines. In 1980, what was left was purchased by the Escanaba & Lake Superior, as well as the State of Michigan (EL&S operator). The line continues today.

Became: In 1980, sold to the Escanaba & Lake Superior railroad. 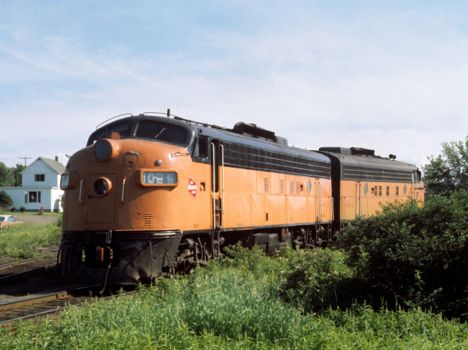