The Delray Connecting Railroad company was organized in 1904 to provide service to Zug Island and the Solvay Process Company [MRC-1909]. The railroad continues in operation today and is owned by a subsidiary of United States Steel which purchased it from the National Steel Corp. The line has 15.5 miles of track, mostly on the island.

Built: 1904 from Delray to Zug Island, in southwest Detroit and River Rouge

Photo Info: Delray Connecting caboose #100 in a builders photo from the American Car & Foundry Co. The freight door on this caboose was unique, given that the DC didn't offer passenger or express service. [Charles Geletzke Jr. collection] 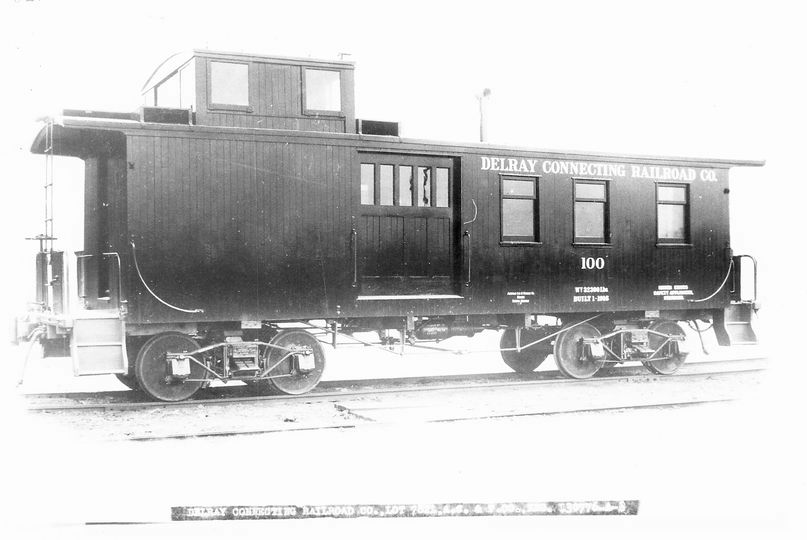 1920. The Delray Connecting and Delray Terminal have six dindukstries with six sidings and a car capacity of 1,064 cars. [DWT-1920]

There are three (3) bridges on the DCRR. They are: