The Pere Marquette Railroad was formed in 1900 to consolidate the Flint & Pere Marquette, the Detroit, Grand Rapids and Western railroad, the Chicago & West Michigan railway, and other smaller lines and branches throughout the lower peninsula of Michigan and into Ontario, Canada. The company was reorganized in 1917 by owners to also controlled the Chesapeake & Ohio. The PM merged with the C&O in 1947 and over time the name " Pere Marquette" disappeared to become the C&O, Chessie System, and later CSX.

Old Pere Marquette video in Detroit and Michigan from the 1940's. 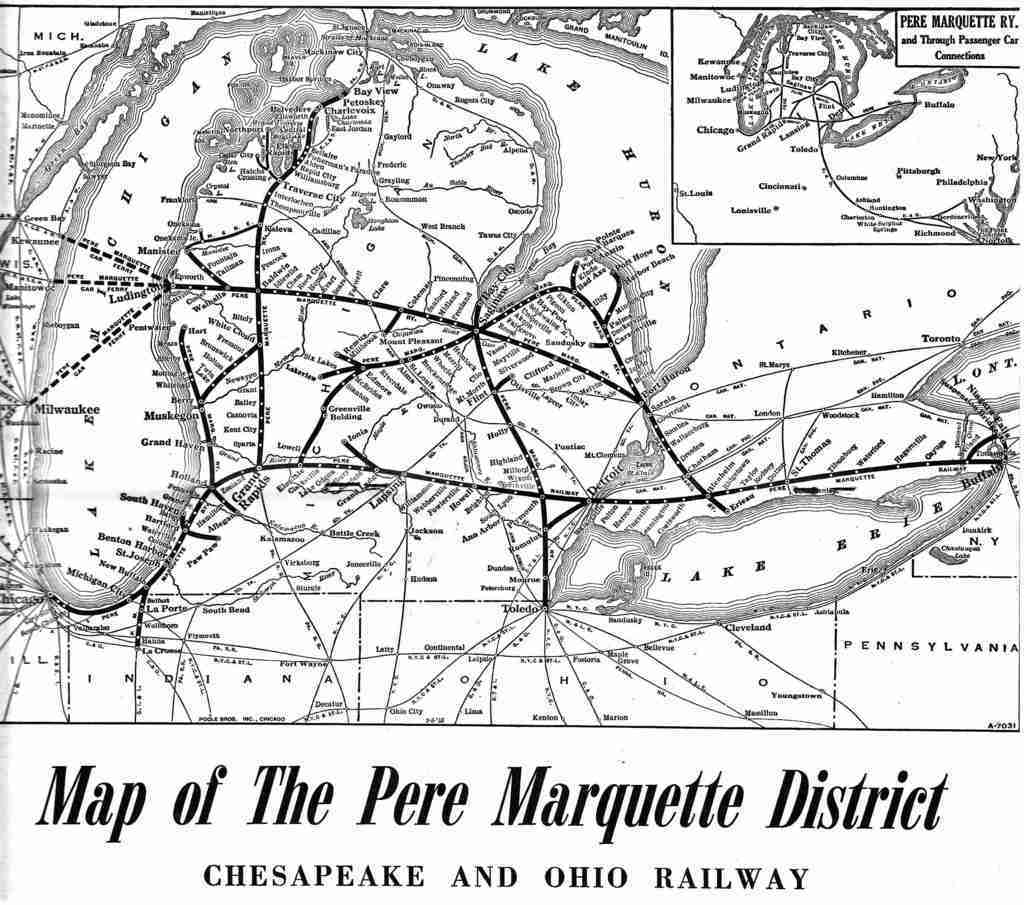 1903. December 26. A collision on the Pere Marquette at East Paris kills 18. This was a head on collision caused by a misreading of train orders. The railroad had 20 employees killed this year, along with 199 injured in various mishaps. [MCR-1904]

March 6, 1926. The planned merger of the Pere Marquette and the Nickel Plate Road was disapproved by the ICC. [RR]